Don't panic, but the SDCC hotel sale is only 40+ hours away 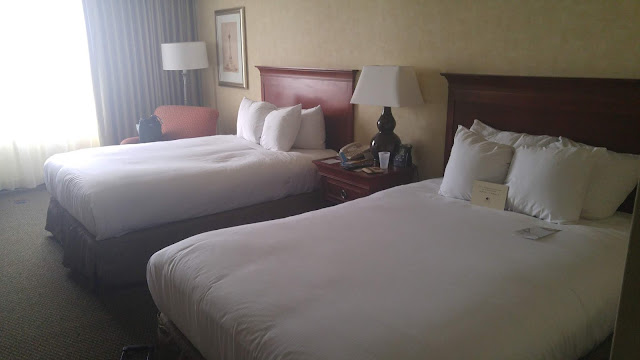 How fun! Today, after months of CCI ghosting us, they dropped a last-minute Hotel Day announcement less than 48 hours in advance. Yes, you will enter the Comic-Con hotel room fighting arena this Thursday, 11 April, at 9 am PST - and too bad if you're already otherwise obligated.

Which most people I know are; my phone has been on fire for the last three hours with friends bemoaning MRIs, work schedules, pediatrician appointments, micromanaging bosses, air travel that can't be changed. As someone who was supposed to fly to New Orleans this Thursday before my trip got cancelled, I'm still shivering from my brush with Comic-Con homelessness. This just isn't enough notice.

I'm convinced there's some backstory about the move to Thursday and the sudden announcement, but we'll never know if and what it is. All we know is that we're about to be thrown in the most brutal sale of San Diego Comic-Con - so let's get down to it.

How It Works
Same as before. If you don't have a "before," you'll click the link in your email after 8 a.m. PST, enter a waiting room, and then move into the sale proper. Yes, it's a lot like the badge sale. Some people will get in right away, others won't get in till later. Here's what you need to know:
Notifications, Payments and Confirmations
The actual sale isn't the worst part. It's the waiting for weeks after. Here's how it will go:

I haven't much practical advice to give - it's a game of chance and one that isn't in our favor. Here's what you can do now:

I'll live blog the sale, but it should be over with quickly. Good luck. I'm as nervous as you are, if that's any consolation. (I know it isn't.)