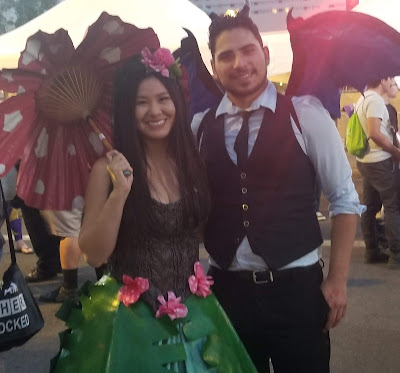 Phoenix Comic Fest is over - permanently, since the organizers changed the name again. What did you think?

I wasn't expecting to go this year but had a better time than I expected; my experience seems to be the opposite of most attendees, who did plan their event but had a few gripes. Let's break down what everyone liked and disliked. 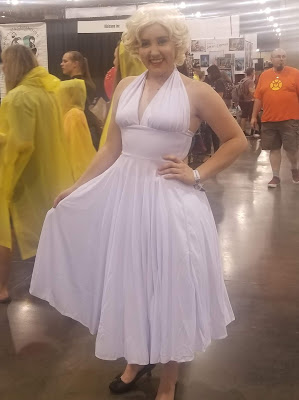 Saturday's evacuation saw everyone escorted outside, where they could hit the beer garden, attempt to ride a mechanical silver dolphin or go to the hotel across the street for some informally relocated panels. This happened at around 7:30 pm and if the event had shut down for the night right then, people could have found other things to do. But the official announcement came after 10:00 pm, when a decent number of attendees were still hanging around.

The Masquerade was rescheduled, so were a few other events, and Saturday-only attendees were given free wristbands for Sunday. I didn't find any of this to be the end of the world but some attendees were still perturbed by Sunday evening.

I prefer these to badges but a surprising number of people couldn't figure out how to tighten them just enough to stay on while staying loose enough to get off. Others complained their wristbands got dirty. Mine was begrimed with sunscreen and makeup by the end of my first day but I rolled with it; and tapping in was easy enough. On the whole, I think these were a success. Yes, we had scammers who sold fake wristbands but these people were stopped by the tech, as they should have been.

(And why buy a fake wristband at all? This Con was not sold out and there was no equivalent to Hall H. Just pony up for the real thing.)

I barely bought anything, not even back issues, which I attributed to being a jaded attendee who's been to too many Cons. But some other people said the same; the wares offered just weren't that irresistible to us, apparently. As for how the vendors did, the ones I spoke to reported disappointing sales. That said, I did speak to a few first-timers who were dazzled. 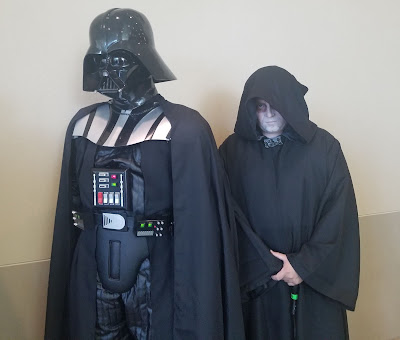 I only went to one, so I'll rely on the feedback of my associates - most of whom agreed the panels have become more interesting and better managed. Tell me what you thought.

This seems to have pissed more than a few people off. Yes, this Con got more expensive this year, at multiple levels. Parents complained that it's no longer family friendly. Attendees complained that between the parking and the membership prices, they couldn't afford the full show. VIPS complained that their $400 didn't buy them privileges equal to the cost. All in all, this seemed to bear the brunt of the blame for the drop in....

The number I heard was a 30% drop. Maybe that's accurate, maybe it isn't. The point is that the drop alarmed vendors, guests and organizers, given that this Con has bragged of its burgeoning attendance.

There are a few dynamics worth pointing out: 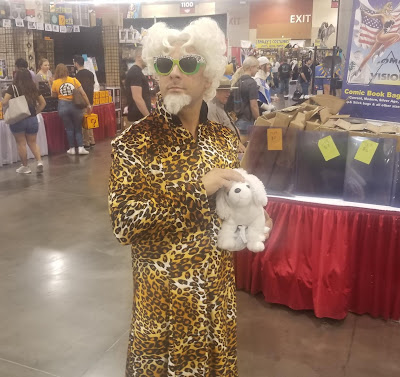 I was impressed. And I'm not even a cosplay person. Instead of 800 Disney princesses, Jack Sparrows and Harley Quinns, we saw a fantastic range of comic, anime and pop culture cosplay representation. A lot of it was incredibly professional. I've always thought the Phoenix heat must make cosplay and makeup an exercise in suffering, but the heat wasn't terrible this year and people looked great.

Some volunteers reported having to send cosplayers home who weren't dressed appropriately. Given that I saw people inside the event exposing as much as they legally could, I can only imagine how the inappropriate people were dressed. If that's you, remember that Comic Cons ARE a family event. Phoenix offers several other destinations where you'd be welcome so take it there next time.

Apparently this was the one and only year for Phoenix Comic Fest; last year it was still Phoenix Comicon and next year it will be  Phoenix Fan Fusion. I loathe this name, I don't mind saying. As someone who cares about comics and science, and doesn't consider herself a literal fan, I would never attend an event called a Fan Fusion.

But apparently Square Egg feels this represents the event more accurately and helps them sidestep the litigious Comic Con issue. (Remember, CCI and Square Egg were in combat over trademarks. Legion of Sand has a good summary.) I'm curious if the programming will change to adhere to the name or if they think it already fits pretty well and nothing needs changing.

I thought this year's Hollywood contingent was less than sparkling - there were some definite gets but nothing that eclipsed previous years, in my opinion. Obviously that's a matter of individual taste. Where PHXCF did invest was in the comic book talent and that was a joyful change for comic nerds like me. Will they continue this next year? I hope so. 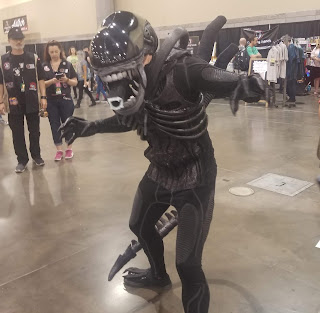 Overall, it seems like this Con is trying to go from a big, mediocre Comic Con to a Con that's got both big attendance numbers and high quality offerings. If they can maintain the focus on good comic creators while stepping up the Hollywood draws, they'll become a top Con, no doubt. I know locals who just want a fun few days to dress up and go to parties probably disagree. And I did hear several people bluntly say they dislike the palpable sense that this Con is being run like a business. But pop culture conventions are a business and it's useless to pretend otherwise. They try to deliver what attendees will pay for and that presumably gives some attendees an incomparable experience. It just won't please all attendees.

Hope you had fun. If not - the year is still young. You've got time to put another Con on your calendar. Either way, I'll probably see you next year.