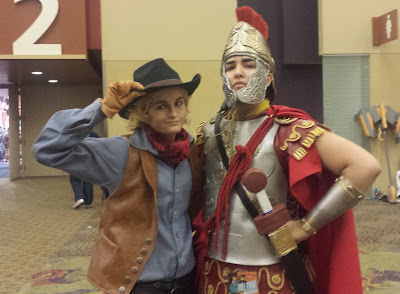 After weeks of controversy regarding changes to its volunteer model, Phoenix Comicon has arrived at a surprising decision: they are going to pay their (reduced) volunteer force.

Actual statement: "After much deliberation, we have decided to shift to an all paid staff in the operation of Phoenix Comicon and all events associated with Square Egg Entertainment, including Phoenix Fan Fest, Minnesota Fan Fest and Keen Halloween."

The email didn't discuss numbers but I'm hearing the plan is to reduce from 1300 volunteers to 400. (Emphasis on "hear".) A colossal reduction in volunteers seems inevitable, along with these questions:

The decision is being justified as as a move that "avoids further controversies as this industry changes, keeps us compliant with changing laws and increases the professionalism and effectiveness of our team." Everyone's free to dissect that wording however they like - but it can't be denied that the burgeoning Con sphere is introducing complex questions around volunteering and compensation, and even the definition of non-profit vs. for-profit. So don't think this conversation is over - we'll be having it at other Cons, in other years, with many possible outcomes in play.
Posted by Valerie