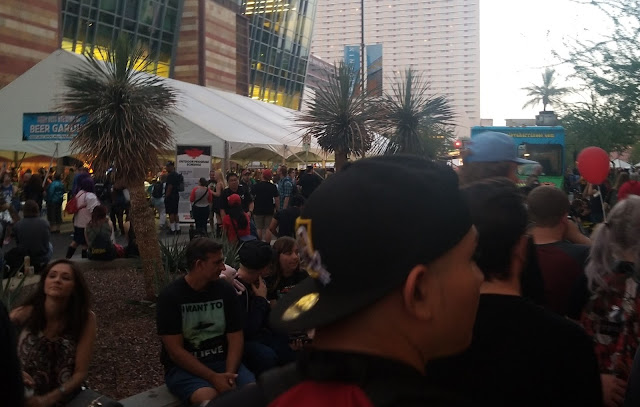 After last night's deja vu fire evacuation at Phoenix Comic Fest (it's happened before), all kinds of speculation raced through the restless nerds waiting in the streets. When were we getting back in? What would happen to the Masquerade and the cosplayers who've dedicated months of their lives to that moment? Why does this convention center have so many problems with fire alarms?

The crowd gradually thinned out but there were still plenty of people left by 10:30, when the event announced the night activities were officially cancelled. They held a media briefing at 7:00 am today to discuss it. Were you up at that hour? Yeah, me neither. 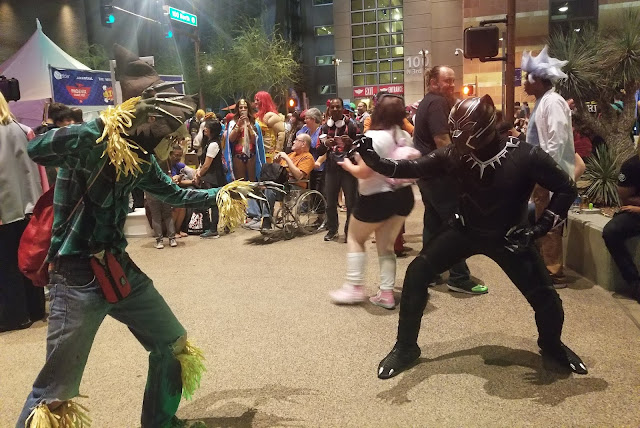 The 2 big announcements are this:


It's worth noting that the evacuation could have been much more disastrous if it happened earlier in the day. Last night was atypically beautiful but waiting for hours under a blazing sun would have incurred a high degree of attendee wrath.

I've heard many people griping about Phoenix Comic Fest's incompetence in regard to the fire alarm - but you have to remember this is ultimately a facility issue. They rent the convention center for the event. I know people are irritated, especially if they were looking forward to last night's many scheduled events, but I can't see how Square Egg could have prevented what turned out to be a sensor issue. They've already stepped up security this year after last year's incident when a guy dressed as the Punisher showed up with guns and a knife. Their volunteer corps is also well staffed (over staffed, in the opinion of some volunteers.) There's only so much they can control. 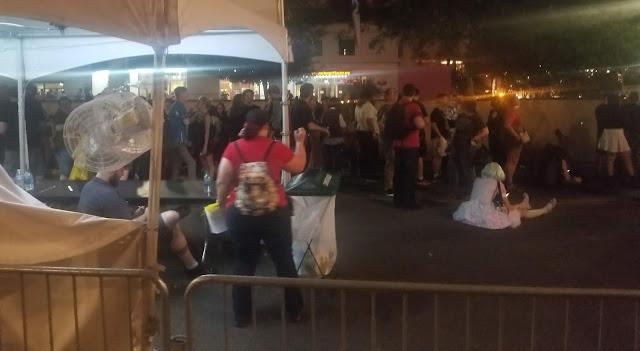 Hopefully we don't get a repeat of the same today - or next year. While I've heard that attendance is down this year, there's a palpable uptick in the quality of talent and panels. A high number of attendees seem to be from out of state and the cosplay is better than it's ever been. It's clear that Phoenix Comic Fest is finally becoming a Con to be reckoned with and it'd be a shame if it developed a reputation as the Firedrill Con.