CCI wants you to name their new attraction 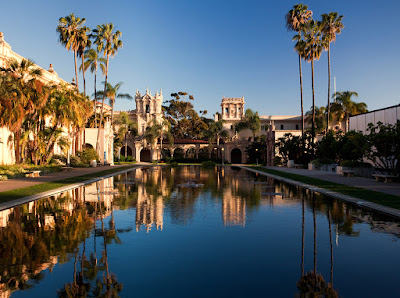 I blinked in disbelief tonight when I saw a Comic-Con survey in my inbox. Naturally, I assumed it was from ECCC - who already sent out one survey invitation - and then I looked closer. "Comic-con.org" was in the return address. Color me astonished.

CCI typically does host Talkback panels at their Cons, but that feedback is obviously limited to a small percentage of their attendee base. And they just haven't solicited input and opinions from attendees as openly or frequently as other Cons have. So it's a nice feeling to have them reach out and actually ask us what we think.

In this case, we're not being asked just what we think about SDCC; rather they want to us to help "shape the vision" for the pop culture museum/attraction they're building in Balboa Park. (Hilariously, the survey does ask what SDCC "does really well" but doesn't ask for any criticism or development areas.)

Now - while I urge you to take the survey if you haven't already, you should be aware of 2 points:

WHAT? I responded they would have more members than they can handle. Did some random market research manager throw that in, unaware of our raving hysterical mania? Because there is no alternate timeline where someone says, "Oh, yeah, and if you become a member, you get early access to a badge sale" and someone else says, "Eh, no thanks."

At any rate - I like the way they're thinking. Not only are they asking our advice, which makes me downright tingly, but they're clearly trying to create a year-round community that extends the excitement and engagement people feel each July. That's great news for everyone who likes Comic-Con but it's especially great for people who don't get a badge. They'll still have a way to be part of things.

So go ahead and name our future Balboa Park headquarters something cool - and take advantage of this chance to be candid with CCI.

ETA: I realize not everyone has gotten this survey. They may be conducting them in batches or picking people at random - there are a lot of us, after all. I'll see how many other people get them and update you.