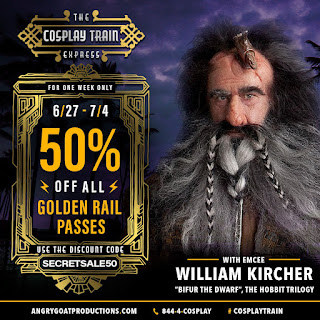 If you want to ride that Cosplay Train from LA to San Diego during the Con, it's 50% off right now.


Just like we've all been hoping, American Gods is hitting Comic-Con.

Unlike what we've been hoping, #ConanCon tickets haven't gone live yet.  Right now we know that Silicon Valley will be there (maybe Weds) and Suicide Squad (hard to say) and everyone is hoping for Supernatural, Guardians of the Galaxy, TWD, GOT and Justice League.

We know what this summer's Walking Dead photo op will be: you looking terrified in Negan's deadly lineup. AMC also announced a few activations and panels: Preacher, The Walking Dead, Fear the Walking Dead. 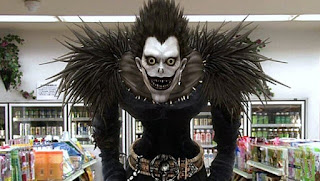 Good news for future Comic-Cons; Death Note is in production. Except Light Yagami is now Light Turner and this is the cast and Warner Bros dropped it before Netflix picked it up and I just don't know. Who's playing Ryuk? Are the shinigami even in this "Western adaptation?" 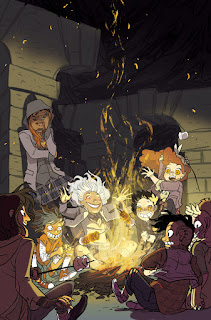 ... and Shout! announced a whole slew of appearances, panels and exclusives - Gail Simone, Power Rangers, Mystery Science Theatre 3000, and it just keeps going from there.

Club Sabbat is holding a cosplay contest & party Saturday night of the Con for goths, kinksters & nerds of the alternative persuasion.

In the contest department, Quicken Loans has moved beyond annoying junk mail: they want to send you to the Star Trek premiere and pay your mortgage for a year.

And Skydance is still running their own Star Trek contest - enter if you haven't already. 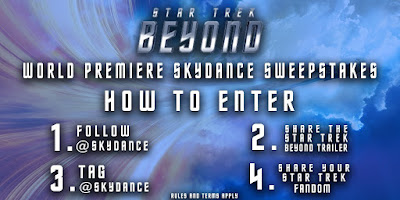