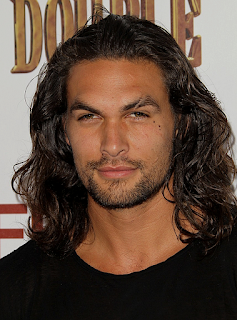 A few weeks ago I made a public announcement that I would not be attending Phoenix Comicon. It wasn't my scene, I said, I had better things to do with my time, etc. So of course today I completely reversed my position and paid for a full badge. It's worth noting why.

This Con has boomed in recent years. I first noticed it feeling like a real Con in 2013 and then last year attendance palpably jumped from 55K to 78K. At the same time, I felt like it was mostly appealing to high school kids and cosplayers and that its fast-tracked attendance wasn't matched by the expected sophistication in its offerings. There were dozens of events like maid cafes and burlesques and comedy shows and geeks proms - which obviously appeal to many people - but it just wasn't my bag, personally. I also talked to a few creators who set up shop there based on the swelling attendance, only to be disappointed by the complete indifference they got from the crowd.

And yet I'm headed back. So here's why I decided to give it another shot: mostly, the fact that the programming has gone to a higher level this year. Consider that Jason Momoa, Katee Sackhoff, Alyson Hannigan and David Morrissey are just a few of the Saturday guests. That Diana Gabaldon and Kelley Armstrong are just two of the showcased writers. 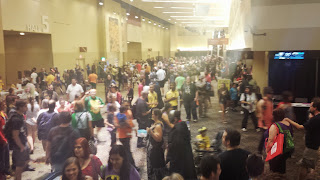 There's some solid intellectual and cultural content on the docket, including some great creative and science panels and FameLab, a science competition for young scientists sponsored by NASA. But the panels mostly still fall on the amateur side of the fence. I don't mean that cruelly, because that's part of the appeal of smaller Cons. Talking to local people about getting into the cosplay scene or ghosthunting or sci-fi writer groups is an incredible doorway that slammed shut at big Cons years ago. Attendees often go looking for community at SDCC and experience the Con without making any real connections. But Phoenix Comicon offers community in spades and it is very easy to make friends and expand your social scene there.

A few more appealing aspects: it's a very family-friendly Con (my friend's 5-year-old is anticipating this weekend like it's Christmas) and yet it also rolls out adult fare without blinking an eye. In fact, a number of panels are marked 18+ - not because they're offering some kind of pornfest but to help  parents stay informed on what's appropriate and what's not in terms of language, visuals, etc. That said, there are quite a few more risqué events and panels for people who want that too.

All in all, I feel that Con promoters - actors, agents, retailers, studios, artists, writers, filmmakers - are catching on to the size of PCC and slowly filling its halls with exciting fare. I'll be curious this weekend to see how the crowd shakes out and what the Exhibit Hall looks like. But mostly I'll be looking to see if this really can become a viable travel destination for the experienced Con attendee.

Tickets are still on sale; today is the last day to get the discount.