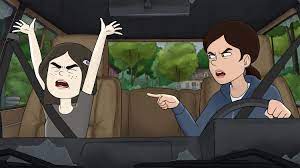 Let's just say it: SDCC is bringing plenty of firepower this year. We may be missing a few items from our wishlist but there is plenty to get excited about.

Look at Hall H - which brings you Lord of the Rings, Walking Dead, Dragon Ball, and Keanu Reeves on Friday. That's a lot.

Ballroom 20 isn't quite as enticing to me today - but I know many of you will be interested in Marvel and EW's "Brave Warriors"/TV Boyfriend panels.  Paper Girls is my pick.

Indigo Ballroom brings a cornucopia of animation thrills. Gremlins, Secrets of the Mogwai; Little Demon (with Aubrey Plaza, not Screamin' Jay Hawkins); Archer - it's just another phenomenal animation Friday. I could park myself in here all day if I wasn't called elsewhere.

We also get more good science on Friday - Gaaays in Spaaace (please make this into a TV show), a panel on holograms, a look at genetic magic and dinosaurs, etc. SDCC has really increased the caliber of their science content over the last 5 years and I'm so into it. The easy winner today: NASA's panel on the Webb telescope, which releases its first images just days before SDCC. Line up early.

The spotlight panels today should draw a crowd, focusing on Scott Snyder, Frank Miller, Dan Parent, Terry Moore, and others.

In addition to the aforementioned Gaaaays in (Actual) Space, we have a few other rainbow panels, including Queer for Fear - a Shudder document on the role of queer representation in horror that looks incredible.

I imagine many people will be interested in the Mike Mignola documentary; there's also the Christian mixer, the Eisners, a Princess Mononoke screening, Spike and Mike, and a lot of other nighttime options. It's nice to see them continuing the Friday night Ballroom 20 DC premiere tradition with Green Lantern; that would be my pick.

What do you think? Are you feeling it? Are you now smirking at all your ex-attendee friends who told you SDCC 2022 would be boring?