Saturday and Sunday round out a pretty good SDCC 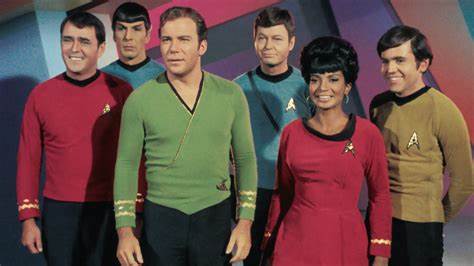 Now that we have all SDCC programming laid out - what do we think?

Hall H is so bright today it blots out the sun and all other panels. At least, that's how I felt about it. Black Adam, Sandman, Star Trek, Kevin Smith, House of the Dragon, and more - getting in will be a bloodbath.

Of course, Friday's panels are great and sacrificing them to stand in the Next Day Line is tough. So for everyone who isn't battling their way to a Hall H wristband, what else do we have?

NASA offers up an enticing panel on simulations - and later there's a panel (not from NASA) on our future space residences.

Ray Bradbury, Ray Harryhausen, Forry Ackerman - this panel comes around and again, but it's always enjoyable even if you've seen it before.

Lots of comic panels - from a creative, publishing, and an academic stance. People who complain that SDCC is no longer about comics should find plenty to quench their comic thirst.

The Mandalorian goes into the psychology of the character, the piloting of the crafts, and other details of the show. In other words, not a standard Q&A with cast but a really incisive presentation for fans who like to think about the show. And there's a similar panel at the library for fans of Game of Thrones, and another at the Marriott for X-Men.

From the files of people you didn't expect to see at Comic-Con: Kesha has a panel. Apparently she has a paranormal show described as a "docu-series" coming out and you can get a sneak peek. Also in that category: NBA stars talking about their love of anime.

Ballroom 20 has The Simpsons, Family Guy, American Dad and... Interview with a Vampire?  No idea AMC was coming out with that.

At night, you have the gay mixer, the Masquerade, the beautifully named Hamster & Gretel, a documentary about Dave Stevens, and a whole lot more.

I find today middling at best. That's okay - Sunday to me is a day to sleep in, pack, and look for close-out deals in the Exhibit Hall - but you may feel differently.

Today is apparently Nostalgia Day: we have panels on Emily the Strange, Power Rangers, Sonic the Hedgehog, Pac Man, and Blade Runner.

Sunday is usually for kids, and sure enough, we have spotlight panels on creators who create YA and younger work, as well as things like a Lightyear screening.

We have also have panels on Asian representation, mental illness, and being black and queer in pop culture/comics.

And of course, we close out Sunday with Comic-Con Talk Back - your opportunity to tell CCI what's working for you and what isn't.

So what do you think? What's your best day?