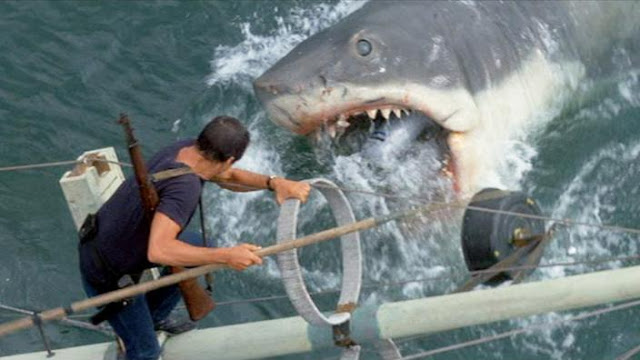 So! CCI has offered up half of San Diego Comic Con's programming. What do you think?

Thursday has traditionally been a strong day for creatives and this was somewhat the case again. There are panels for artists, photographers, writers, game creators - both creative and practical, such as maximizing tax deductions for freelancers and getting news coverage. Normally I skip these panels but I am interested in the one about using AI to break through creative barriers.

There is also a fair amount of panels focusing on diversity - from Indigenous storytelling to "supporting LGBTQIA+ and Neurodiverse communities" to increasing diversity in comics.

Unbelievably, the Lost panel came back! I guess the pandemic didn't kill everything. As a former Lost fan, I've long since lost the desire to discuss the show but I appreciate that the flame of fandom can burn for decades in some hearts.

And speaking of fandom.... hats off to whoever put together the genius idea of a Jaws trial panel. Last summer at a random horror Con, I met the actor who played Chrissy, the skinnydipper who got eaten in the opening moments of the movie. She was an interesting woman; it was one of those unexpected Con moments that make everything worthwhile. I love that some devoted Jaws fans created an entire trial to work out their feelings - the intersection of creativity and fan passion is what makes SDCC so irreplaceable.

The museum gets a few panels as well, including what seems to be a focus on the Archie exhibit. I know I'm being repetitive, but I really hope attendees will make the effort to catch a shuttle over to the museum. I feel like it will probably get overlooked by most, though.

Also nice on Thursday: some brainy science panels that offer explorations of AI, robotics, medicine, futurism, and NASA's next jaunt to the moon.

In terms of the big rooms.... I don't think any of them are unattainable, provided you're willing to do your line time. I very much want to see Beavis and Butt-head Do Comic-Con at 4:45 in Ballroom 20 but will be at the Love and Rockets panel until 4, so that might not work for me. But if you have your heart set on something in Hall H or Ballroom 20, I feel like your standard big room line strategy will suffice.

Once the sun goes down, we've got some exciting options: the annual Kung Fu extravaganza, an advance screening of Harley Quinn season 3 episodes 1 and 2, the "Un-Masquerade" where cosplayers reveal their secrets, and a chance to hear from Spanish comic creators.

All in all, a good day. Onto Friday!