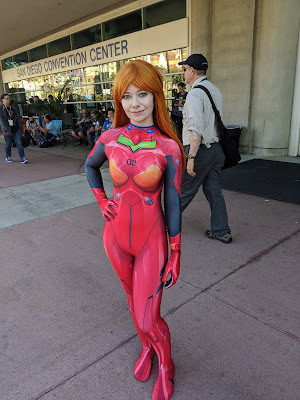 It's Friday, which many consider the best day of this year's Comic-Con. Whether you agree or not, you can't deny there is a lot to do.

Hall H offers your final Game of Thrones panel, the Walking Dead, The Witcher, Dark Crystal and more. Ballroom 20 has Veronica Mars, Amazon's The Boys and Carnival Row, and Indigo Ballroom is an animation feast. Spending your entire day in one of these rooms is an excellent plan.

But there's a lot going on otherwise. Plenty of cosplay panels at the Marriott, a smattering of comic panels. In the late afternoon, things get very interesting: 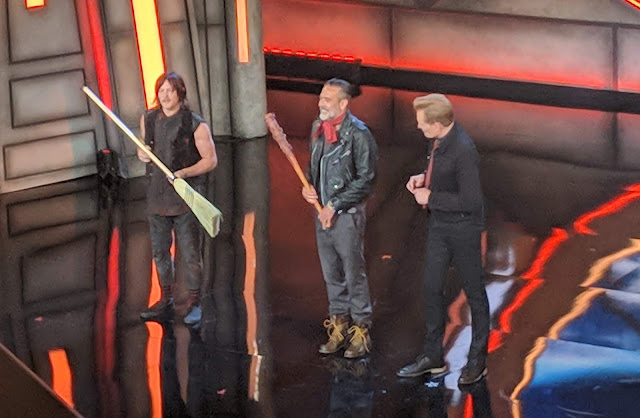 Now. Let's assess the Con we've already had. The biggest issue: line failures. I'm not talking about the recurring messy issues that happen every year, but some serious chaos that has taken place within the Exhibit Hall, outside the convention center, on shuttles and everywhere else. Volunteers and staff losing control of their lines, attendees left to bake in the sun without anyone notifying them of changes, and worse. Are there new strategies in place this year that sounded good in theory but are horrible in reality? Were staff not trained well? Many experienced attendees who know the difference between a typical line complaint and a more serious one are asking.

Quote from one current press pro and former attendee: "This is my 9th Comic-Con and it is by far the most disorganized. Entry, lines, buses and more. Makes me think that new people took over. Seems nobody has thought much through."

And yesterday I was with 2 people who've come since 1996 (!) and someone else who's been around about as long as I have (2002) - in short, we're hardened attendees who've seen some serious SDCC scandals and horrorshows in our time. And we were taken aback by some of yesterday's bewildering line fails. 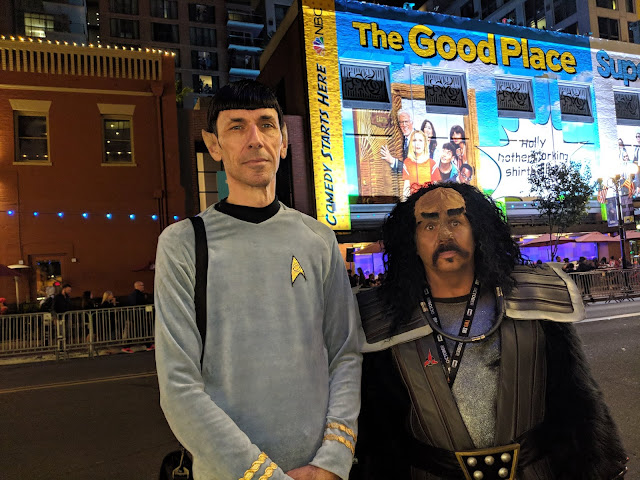 I also want to bring up first-timers. I had the impression that this wasn't a big year for them but I was wrong; I keep running into them at least. Their collective impression - or my impression of their impression, rather:

(Remember, if you're a first-timer - I want your story.) 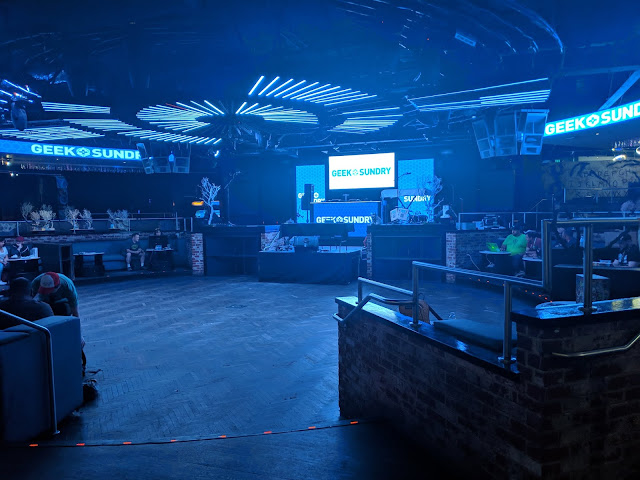 As far as programming and panels and events: seems to be a typical year. Some attendees are thrilled, others feel it's a more humdrum Con. I ran into some very old comic nerd friends who shared my sentiment that this is not a year for comic fans. The Exhibit Hall doesn't seem to be igniting anyone's consumer passions. Offsites: I still don't know anyone personally who went through Amazon but did hear a good report from Pennyworth's club offsite. The Fandom party was supposedly good. I think by tomorrow morning we'll have a stronger sense of how things are shaking out. 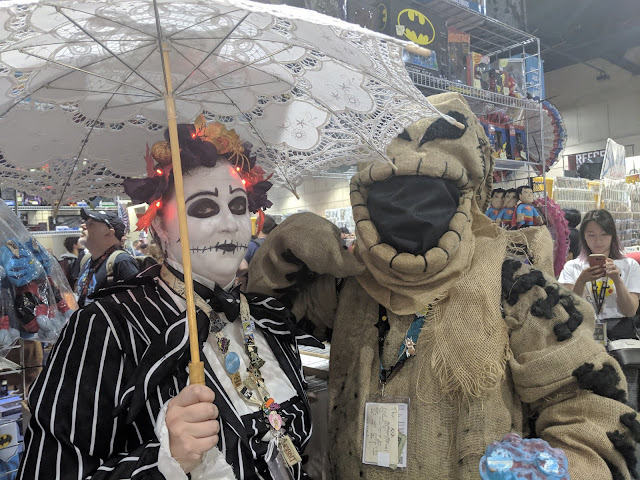 Today's going to be a long one for me but I'll report what I can. Enjoy your day and make the most of the splendor around you.
Posted by Valerie