Friday panels look good. What do you think?


Friday panels are posted - and even though we only have Thursday for comparison, I'm going to predict this is my favorite day of the Con. How do you feel so far?

Hall H: Game of Thrones, Walking Dead, The Witcher, Dark Crystal and Preacher all make this a day to claw your way in and stay.

Indigo: Animation fans will be here all day for Rick and Morty, Archer, Bob's Burgers, Robot Chicken and more.

There are quite a few of these today. Over 30 Cosplay for the "mature" (ouch) cosplayer is in the Marriott at 10; cosplay makeup 101 is in the same room right after at 11.

Then you can learn the secrets of cosplay photo shoots at 4:00 pm at the Marriott. Another makeup panel teaches you to bring a character to life in room 11 at 9:00 pm.

Comic-Con in the 1980s is at 10 in room 29AB. Based on the Thursday 70s panel, apparently this will be a running theme every day.

The Exhibitors of Comic-Con include Mile High Comics, Last Gasp, my favorite Bud Plant and others talking about how the Con has changed. In room 29AB at noon.

This should be juice but it probably will stay pretty clean: David Glanzer moderate a "Behind the Scenes" panel at 4:00 pm in room 9. Hopefully we get a raw and unbridled Q and A. 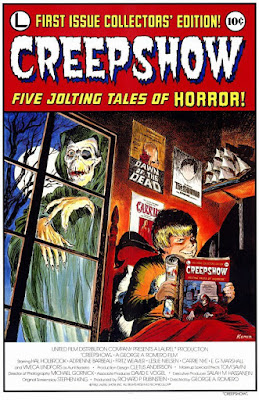 You get another chance to dwell in 1980s nostalgia with a panel on V, the original miniseries. 10:00 am in room 6DE.


You can celebrate Batman in Animation at noon in the Horton Grand. First-timers, you need tickets for Horton Grand events - I'll explain about that later.

Find out about Locke and Key comics and upcoming Netflix show in room 32AB at noon.


If you missed Pennyworth on Preview night, you can see it at 4:30 pm in room 6BCF.

Another surprise - for me at least - the 10th anniversary of Parks and Recreation at the Horton Grand at 4:30 pm.

Get a sneak peek at Creepshow from Joe Hill and Greg Nicotero in room 6BCF at 5:45 pm.

Sure to be popular: Nathan Fillion at the Horton Grand Theatre at 6 pm.

neXt is about "the emergence of a deadly, rogue artificial intelligence" and you can see it in room 6DE at 6:45 pm.

How are you going to cope with the end of Supernatural, Arrow and GOT? Express your fan-grief at the Marriott at 7:00 pm.

Did you know Ray Harryhausen, Ray Bradbury and Forry Ackerman were all besties back in the day? You can reminisce at 3:30 pm in 24ABC.

Building Your Themyscira is not actually about creating an idyllic estrogen paradise but "finding your niche in the geek community." At the Marriott, at 6 pm.

It's a rainbow day at SDCC. You can talk to LGBTQ creators in room 9 at 6 pm; discover where to find gay geeks at 6 pm in the Marriott; then talk about the horror genre and the LGBT at 7:00 pm in 28DE.

And my swoon-worthy panel of the day: the lost movies of Ray Harryhausen in room 26AB at 6:30 pm. Nothing will stand between me, this panel and its "fearsome creatures."


Another Stan Lee panel is at noon in room 28DE.

I thought cancel culture swallowed Chelsea Cain and her Man-Eaters comic, but she's survived to have her panel in 29AB at 1:00 pm. 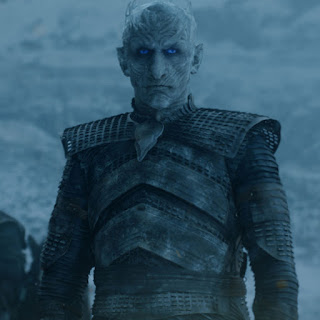 If you're looking for something to do on Friday night, you've got several good options.

Game of Thrones will have psychologists, critics and cast members to help you "fill the void." Horton Grand at 7:30.

The Future Indies You Must See will present the best upcoming indie horror, fantasy and sci-fi. 8:00 pm at the Marriott.

The Christian Comic Art Society Mixer is at 8:30 in room 26AB.

Dr. Horrible's Sing Along and Karaoke Party is at 9:15 pm in room 6DE.

And finally, Spike and Mike's Sick and Twisted Animation is at 9:30 pm in 6BCF.

So what looks good to you? I'm all about NASA and Ray Harryhausen - and Hush and Creepshow if my schedule allowed, which it doesn't. I feel like between the big rooms and the smaller panels, there's something for everyone. Hopefully you spotted something tantalizing.