Saturday panels went up today. That's 3 of 4 days, which was enough for several people to contact me and weigh in. So far it's an even distribution between people who think this year is great and those who think it's not quite worthy of a year 50 Comic-Con. What do you think?

Hall H: Not quite as tight as Friday, but still good. Star Trek, Westworld, EW's "Women Who Kick Ass" and finally Marvel before Kevin Smith. I wish Marvel was earlier in the day, before Westworld, but it is what it is.

Indigo: Mixed blessings in here. I think all of these will appeal to people, but not necessarily the same people. The Magicians, Wynonna Earp, DC Universe, Snowpiercer, The Good Place, The Expanse.

And then we have....
In the new genre of How Comic-Con Used To Be

There’s also a panel on the background of Comic-Con awards like the Eisners and the Russ Manning Promising Newcomer award. 5:30 pm in room 7AB.

I really hope Sunday has a panel on Comic-Con’s future. Not the annual talk back session, but an actual panel where CCI talks about what we can expect going forward. As in, the Cons we’ll actually attend, rather than the ones that happened before we were born. Or maybe they can have a panel revealing all the shady secretive CCI things that we always suspected but have never been able to confirm. Don’t get me wrong, I think all these “Comic-Cons of Yore” panels are cool but they’re beginning to seem like the only way CCI knows how to mark their 50th birthday. Have a mid-life crisis and do something wild, CCI! 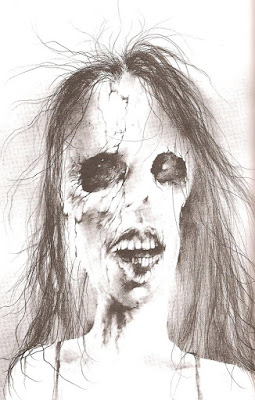 Jetson fans: you can see “remastered footage and giveaways” at 10:00 am in room 6A.

The Horton Grand is rich with spoils today. Starting off: actual Sesame Street characters do improv at 11:30. Later Sesame Street talks about its future in room 6BCF at 2:45.

Scooby-Doo was born the same year as SDCC and will celebrate that in room 6A at 12:30 pm.

If you’ve ever wondered how Mean Girls would work in iambic pentameter, you can see a Shakespearian version at the Horton at 2:30 pm.

My heart pounds just typing this: Guillermo del Toro and Scary Stories to Tell in the Dark will be at the Horton at 4:00 and we’ll get to see “an original monster created specifically for the film.” If the only way I could get tickets to this is Mephistopheles showing up in my room at the Marriott, I’d probably go for it.

Joe Hill returns to talk about his NOS4A2 show in room 6A at 5:30. The book was a hit but the show has earned mixed reviews so far; I still think the panel is worth it. 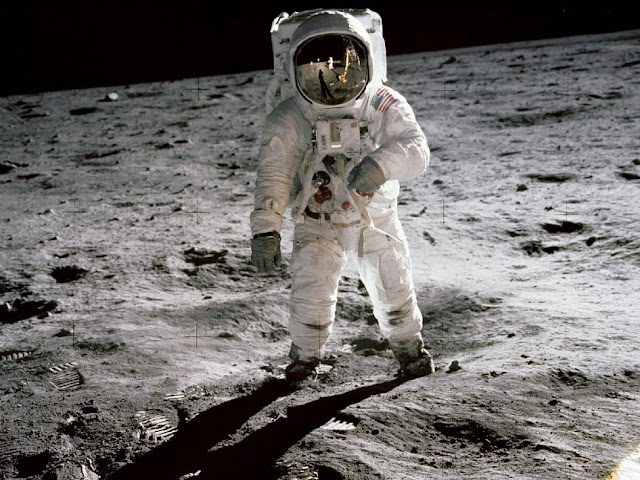 The Art of Infection. Go to the Marriott at 3:00 pm and squirm as you imagine “real-life outbreaks of fictional infectious diseases.”

Another 50 year panel: engineers who actually built Apollo 11 will share “rare photos” and somehow tie old comics into it. Room 5AB at 3:30 pm.

Fleet Science Center experts tell you the truth about time travel and the quantum realm in room 25ABC at 6:00 pm.

What happened this year in space? Find out from “some of the leading scientists in the cosmology world” in room 25ABC at 8:00 pm.

Watch a historical slideshow on Jack Kirby’s life in room 7AB at 11:00 am.

Star Wars Fan Groups (beyond just the 501st Legion) meet at the museum at noon.

One of the top panels this year: George Takei talks about his new graphic memoir They Called Us Enemy, about being a kid in American internment camps. Thank god that would never happen today! Room 25ABC at 2:00pm. I feel like this needs a bigger room.

J. Michael Straczynski shares his autobiography, which debuts at Mysterious Galaxy Bookstore at SDCC, at 1 pm in room 7AB. Later he shares his writing wizard secrets in room 2 at 7:30 pm.

You can find out about the latest Marvel comics news at 1:45 pm in room 6A.

Geek Travel: do you know the secrets? 2:00 pm at the museum theatre.

The annual LGBTQ panel is back to celebrate the 50th year of Stonewall. This will be followed by the usual mixer, hence why this runs from 7:00pm - 9:00pm. In room 29AB.
And now it’s Saturday night. What should you do?

The Horton serves up a screening of Kiki’s Delivery Service – but with trivia and prizes. 7:00 pm.

Or you can go see Kevin Smith in Hall H. This has been a walk-in before so don’t let the Hall H part intimidate you. Marvel fans will clear out and go get dinner after camping all day. Then you can see the world premiere of Shooting Clerks in room 5AB at 10:00 pm.

Crunchyroll prepares you for new anime and gives you a “special gift.” 8:30 pm in room 7AB.

And that brings us to Sunday.