Saturday programming is up; are you into it? 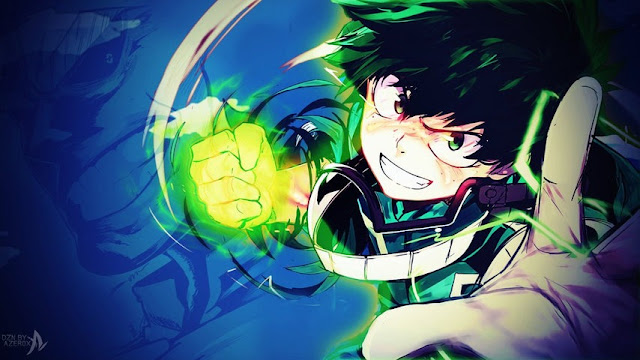 Saturday - it's the most crowded, odiferous day at San Diego Comic-Con and the first day to sell out each year. So does this year's programming live up to it? I found Thursday and Friday more to my liking, but maybe you feel otherwise.

In the big rooms, we have Hall H letting Warner essentially dominate the day. Deadpool 2, "Women Who Kick Ass" - this is a humdrum Hall H Saturday over all. But that's good news for fans who will have an easier time getting in to see their favorites.

Indigo Ballroom is a mixed bag. The Good Place, TV Fan Favorites, The Magicians and Cosmo - we can expect different fan demographics to pass in and out of the room today. Twin Peaks tops out the day at 8 and I'm thinking it'll be fairly accessible.


Then we have Ballroom 20, which seems to yield the most consistently good time. Black Lightning, The Simpsons, American Dad, The Flash, Supergirl, Arrow, etc - if you're tired of trudging around the Con by Saturday, you can park yourself in here and enjoy a day of passive entertainment.

While I'm hearing mixed things about it, you can see Matt Groenig's new Netflix show Disenchantment in room 6A at 5:30 pm.

Kevin Smith returns to Hall H at 6:45 pm. Yes, this is probably a walk-in.

Are you one of those people who's never seen My Neighbor Totoro from Studio Ghibli? Then go watch it at the Horton at 7.

Nightmare Before Christmas fans who watched movie on Friday night can hear the creative team speak tonight at 7:45 pm in 6BCF.

You can also catch an uncut screening of Deadpool 2 at 10 pm at the Horton.

One of the shining gems of the day is Kohei Horikoshi talking about My Hero Academia and doing a live drawing. 11:15 am in room 6A.

IDW reveals their upcoming secrets in room at 1 in 25ABC. Or you can hear about the next big developments in Marvel comics at 1:45 - room 6A.

Did you know there's a Ray Bradbury Experience Museum? I didn't. The owner will discuss Ray's career in comics at 2 in room 9.

Yoshitaka Amano graces Comic-Con in room 24ABC at 2:30. Get there early.

Latinx comic creators expand your mind at 3 in room 28DE.

Skybound writers talk about their work and the comics industry at 4 in room 8.

You can hear about alternative comics from various creators in 26AB at 4:30 pm.

If you like to mix activism with your comic book life, at 8 pm you can go to Radical Activism in Comics in 23ABC - and if you're an LGB comic nerd, you can see the Prism Awards at the same time in 29AB.

Funimation favorites get highlighted at 7:30 in 7AB.

Themes - they're not just for English 101 term papers. Find out what they mean for writers like you at 10 am in room 2.

Comic writers, find out how to better communicate with your artist in room 11 at 2.

Special guests tell you how to draw distinctive characters at 4 in 23ABC. You can also get better at figure drawing at 6 in room 11.

Self-publishing comes in for examination at 6:30 in room 2.

Are you tired of being accused of being a fake geek girl? Of walking into comic shops and hearing snide remarks? Come and revel in your outage at 10 am in 29AB.

We also have several cosplay panels, including the ubiquitous how to be body positive panel and special focus panels on Doctor Who and Star Wars.

Disability, race and gender in comics come under a microscope at 10 am in room 4.

Remember the annual "Gays in Comics" panel? It's still at 6 pm but it's bowed to the inevitable influence of our ever-expanding acronym and changed its name to "Out in Comics." It's in 29AB and will be followed by a mixer in the second hour.


Frankenstein turns 200 this year and everyone is feeling the morbid love. Talk about his influence at 10 am in room 7AB.

NASA scientists want to tell you about their alien-hunting activities at 4:30 in 24ABC. Weirdly, they refer to Jabba the Hut as an alien.

Genetic Mutations! Will our grandchildren be part wizard? The Fleet Science Center will tell you at 6 pm in room 25ABC.


So those are some Saturday highlights. What do you think? I think it's the lightest day so far. But, even though I was planning on leaving SDCC Saturday night this year, the NASA panel at 4:30 and Twin Peaks at 8 may change my mind.

I know there have been many complaints that Comic-Con didn't bring the Hall H starpower this year. I feel like the programming thus far pretty much bears that out. I'm okay with that; but I know those of you who wanted to dwell in Marvel and HBO and AMC big screen glory may be feeling shortchanged. Try to look at that as opening up your SDCC schedule for more spontaneity. You will find something to do and I'm sure by Sunday evening, you'll feel satisfied.

I hope so, anyhow.
Posted by Valerie