Was SDCC 2018 relevant for comic books? 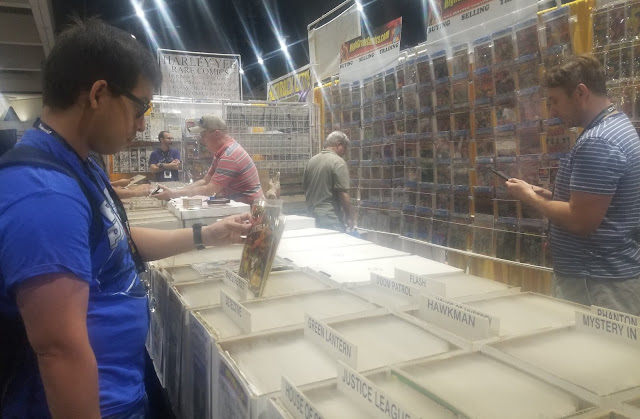 Yesterday at my comic shop, someone who's never been to SDCC told me he heard it's returning to its roots as a comic book convention. It seemed he'd heard of the pervasive calm defining this year's Con - and that he assumed comics would flood back in where Hollywood retreated.

Is that true? I don't think so. It could happen. But right now SDCC is sustaining the same low simmer of comic book content as the last few years. Obviously there were some great spotlight panels (very sorry I missed Emil Ferris) and of course, Drawn and Quarterly, Oni, Fantagraphics, Boom, Dark Horse and all the other usual suspects showed up with their trades. But let's be honest - you'll see those same publishers at many other Cons. So is San Diego Comic-Con still a magnet for comic book readers and collectors?

Apparently so - at least according to some vendors:

So - yes, people are still buying comics at SDCC. But so many vendors mentioned collectibles as their top sellers that I wondered if most comic fans get their books elsewhere (comic shops, Amazon, Comixology) and spend their San Diego dollars on figurines and rare items. 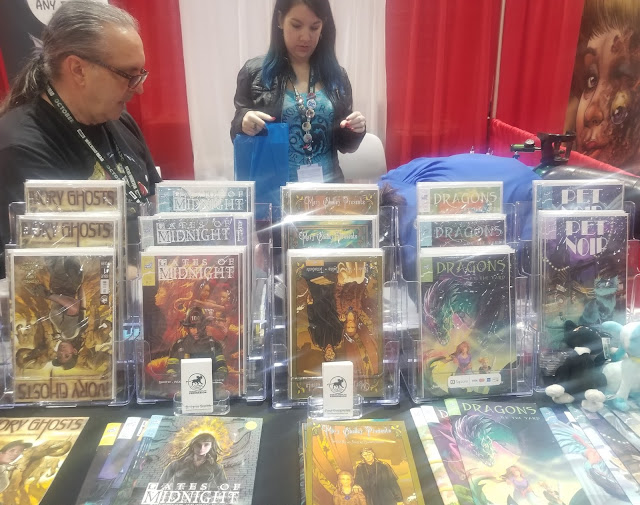 We also had a few comic book announcements.

Remember Cherry, the dirty comic book you had to hide from your mom? It's back! Or it will be very soon. Technically I found this out a few weeks ago but I'm sharing it now.

Also not technically announced at SDCC but rather in the letters column of the new Saga: your favorite interplanetary family is going on hiatus for a year so Staples and Waid can "creatively recharge." But they also said they want Saga to hit 100 issues and we're only in the 50s, so it sounds like you can count on their return.

You may recall the Locke and Key kerfuffle at SDCC years ago when the pilot screened and it looked like we were getting a TV show based on the comics - and then we didn't. Well, the show is officially with Netflix now. Between that and Chilling Adventures of Sabrina and all the other comic shows - will Netflix return to wow us at SDCC 2019? I'd say yes.

Marvel is bringing out digital comics for Jessica Jones, Luke Cage, Iron Fist and Daughters of the Dragon.

Very exciting: George Takei is doing a graphic novel memoir based on his time in a Japanese American internment camp. How timely.

Gail Simone is moving over to Catalyst Prime Universe of Lion Forge Comics. Which means... I guess we don't know yet.

Uncanny X-Men is coming back in November. Marvel is also bringing out a six issue run of The Vision from Chelsea Cain and a massive 24-issue Star Wars epic arc.

Also on the Star Wars front: IDW will spook up your Halloween with Tales From Vader's Castle, which will offer weekly horror stories from people like Robert Hack and Francesco Francavilla. So here for it.

Dan Parent is drawing all 6 issues of the Batman '66 Archie run and bringing out the third hardcover of the magnificent Die Kitty Die with Fernando Ruiz.

DC is getting psychological. As Kelly Sue DeConnick moves to Aquaman, her run will examine his roots and relationship with his mother; we're also going to delve into Joker's childhood in Justice League.

Grant Morrison is taking over The Green Lantern and steering it into space cop territory. He's also writing VR experiences for Magic Leap, who is partnering with MadeFire for mixed reality comics.

If you were curious what it will cost to subscribe to DC Universe, it's $7.99 a month. I feel like people are getting tired of shelling out for Netflix, Crunchy Roll, Hulu, etc, which add up collectively - so DC will have to make it worth our while.

Vertigo will supposedly revive itself with a Sandman sequel that will be more like the original, exploring how Dream influences real people's lives. Other titles include the Mexican-themed Border Town, Hex Wives and American Carnage, which looks at crime and white supremacy.

Jaime Hernandez is going to continue doing Love and Rockets stories about Maggie and Hopey's pasts, including more stand-alone Hopey stories. Fantagraphics also brought out a beautiful big Studio Edition hardcover of his work, if you missed it.

Scott Snyder calls The Batman Who Laughs the "darkest, scariest Batman story I've ever done." In addition to the Three Jokers and Batman/Joker: Deadly Duo books, DC seems to be sticking with what they know. 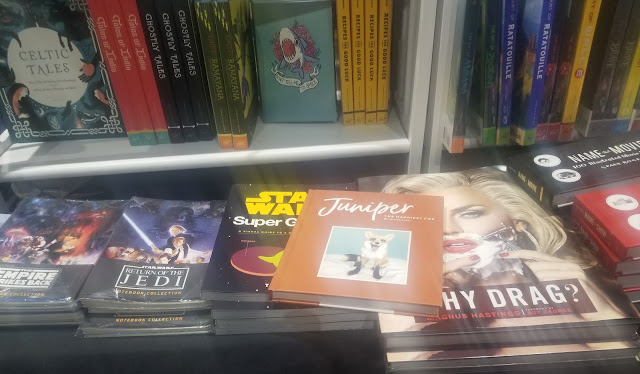 I think if you're a hardcore comic nerd, you already know that San Diego Comic-Con isn't #1 on that front anymore. Other Cons deliver more titles, newer talent, more innovative work. But SDCC does still offer a basic level of panels, back issues, signings and discounted trades - and you can still end up carrying home bags of plunder if you look hard enough.
Posted by Valerie