Where we are with hotels 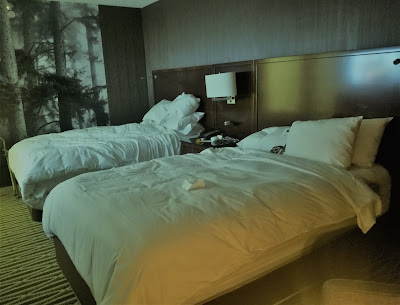 The sun has set on Round II of SDCC hotel assignments. By now you know if you got a hotel or not. For some of you, who were pragmatic about getting picked late in the game, that's not a surprise. For others - especially those of you who thought you got picked relatively fast - today's inbox emptiness was gutting.


So what if you didn't get a room? Obviously the waitlist could save you, but you should start hunting now for a backup plan. See who needs roommates and look outside the CCI system. You can always trim a night off either end of your trip, spend those nights at a more distant hotel, camp outside or see who will tolerate you crashing on their floor for just one night. Study your transportation options.

If you're going to beg for a trade/transfer, be polite and be realistic. Every year I'll get emails from strangers saying, "Looking for MMM, Hard Rock okay - let me know." Sometimes they'll throw in a Shelter Island room as a trade. Everyone needs to realize that the ratio of people who need rooms dwarfs those with rooms they don't need - and most of us transfer those rooms to our compadres. It doesn't hurt to ask around, but be reasonable. (And yes, my Sofia room is already allocated.)

And finally, be honest about your Con style. If you're falling in and out of Gaslamp bars every night, I can see why you want to stay downtown. But if you're more likely to stay in a few nights or you like leaving behind the Con behind, having a non-downtown hotel isn't that bad. The shuttles are reliable and there are usually Lyfts that go back and forth regularly as well. Remember you're only putting down a two-night deposit. If you really hate the idea of your non-downtown hotel, you can always grit your teeth for those 2 nights and hunt for a downtown room on the other nights.

I know today is a tough day. I hope you all find some type of accommodations you can live with over the coming weeks.
Posted by Valerie