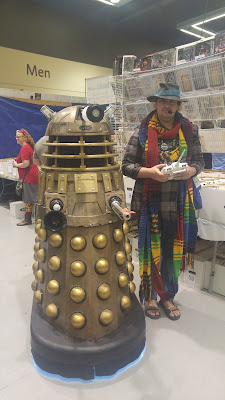 Evening is falling over our first (half) day at Emerald City Comicon.  Did you go? What did you think?

I didn't go to any panels, but I did work the show floor. Here are my findings:

It was crowded, but not unbearably so. It was about what I expected for Thursday. Moving Artist's Alley up to level 6 was a smart move; the tables seemed less cramped, it was more enjoyable to walk through the aisles, and on the whole the Con seemed well-organized. My only concern was that I met a few newcomers who didn't realize there was anything beyond the show floor. 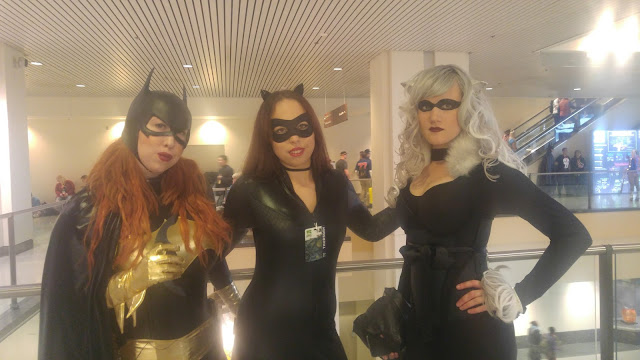 Didn't see too many cosplayers today, though I'm expecting a cosplayer explosion on Saturday.  No offense to the magnificent costumes I did see, but this Little Yoda cosplayer stole the show: 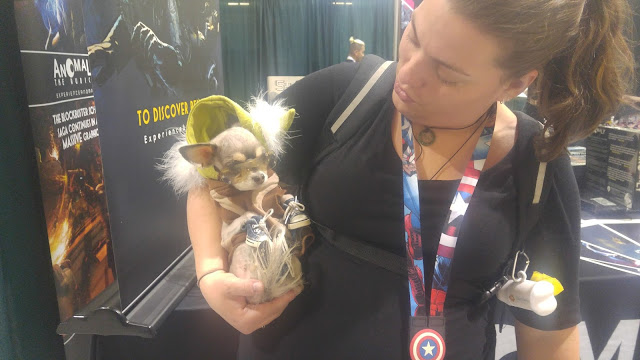 Comic fans were everywhere - flipping through books from emerging creators, digging through back issue bins, picking up trades from Image, Boom, Dark Horse and other booths. 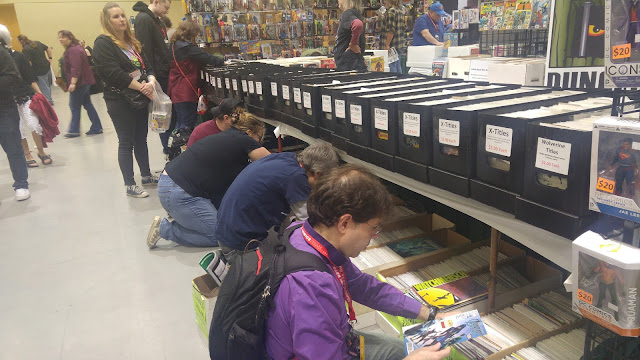 If you're heading into ECCC to find new comics, the best advice I can give here is don't rush. Take time to look around. It's easy to walk by your next favorite comic because you're so distracted by robots, dinosaurs, Black Mask and an attendee eating an ice cream cone. There are an incredible array of comics here  - your missing back issue, new indie series - and variants. And some comic book stars themselves showed up, like Nak, the feline on Valiant's cat cover collection, who appeared at the booth to let his fans pet him and take a photo with him. His pawprint signed each comic. 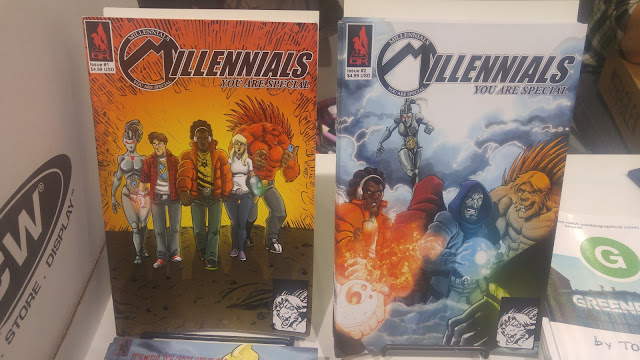 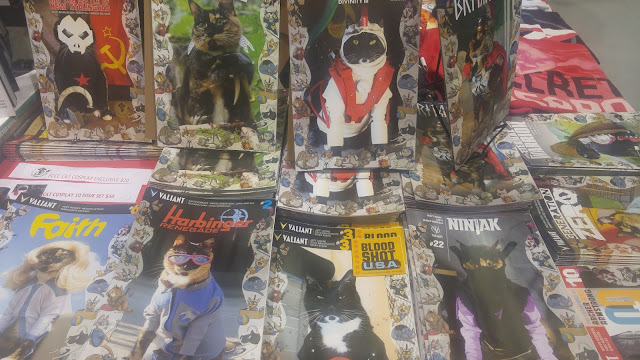 And of course because it's Comicon, there were an array of oddities, toys, shirts and treasures to be found. My personal favorites: the creepy infant-faced cephalopod in a jar (from Tinplate Studios, booth 1756) and the Yeti Page shirt (from Manticore Stencil Art, booth 1439.) 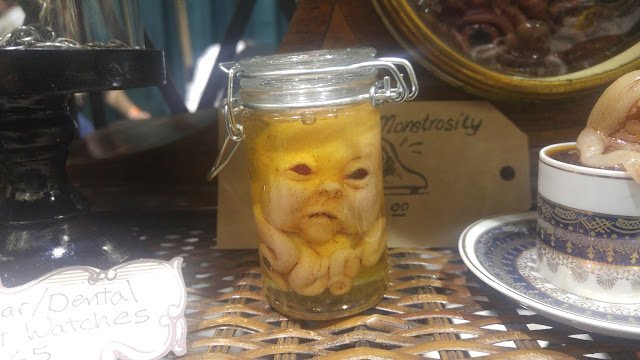 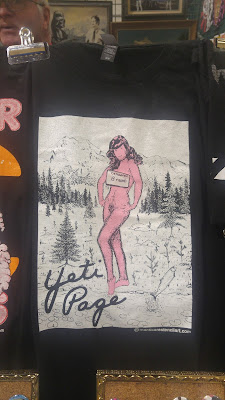 In terms of access, today was totally manageable. I procured my Invincibles figures without a problem and didn't run into horrible lines or sold-out-in-20-minutes exclusives. Will the rest of ECCC be a little tougher that way? Probably. Lesson here: today is the day to shop, for those of you who didn't think a Thursday badge was worth picking up. 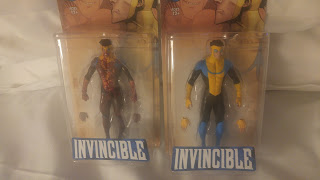