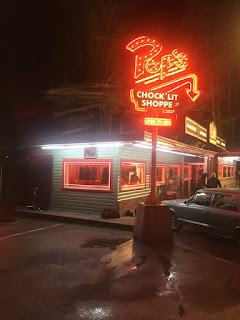 If you've followed talk about Preview Night, you might think it's all hungry hordes of attendees and their war cries over exclusives. It's not; there's a whole other side to Preview Night that may be quieter, but is still pretty exciting. I'm talking about the pilots that are screened in Ballroom 20.

Some years these are appetizing; other years quite skippable. This year has some pretty sweet offerings, in my opinion. If you attend, you'll see:

People of Earth. Oh hi, Carla from Silicon Valley. This show features a support group for alien "experiencers," dished up by a Daily Show alum; it's already amassing a built-in fanbase. Let's hope it's as funny as it could be.

Powerless. Superheroes and insurance agents = wacky fun; that's the premise. I'm not feeling it but maybe you are.

Time After Time. I like time travel shows but they don't always have the greatest track record - partly because the history gets bungled, the actors all have 21st century teeth and makeup even in 1872, and the networks tend to get sick of them. Still, it's hard to resist a show that has Jack the Ripper and says "Good lord, Wells, you actually built the bloody thing!" 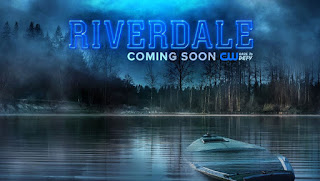 Riverdale. We all know this is why our favorite comic books Afterlife with Archie and The Chilling Adventures of Sabrina have been mostly MIA; their creators were creating this instead. Everyone's curious about this new Lynchian Archie universe where Betty's addicted to Adderall, Archie's sexing down Ms. Grundy and Jason Blossom is murdered, so this is going to be a top pick for many attendees.

A new episode of Teen Titans Go! and the debut of Justice League Action. Wait, this is supposed to be aimed at "younger fans?" This, ahem, more mature fan is very interested. And I bet a lot of other attendees are eager to see this new JL as well. This will be a major draw.


So yes, Ballroom 20 on Wednesday night is going to be a pretty great way to kick off Comic-Con. But as always - and this should make you happy, attendees who didn't get a Preview Night badge - these will screen a 2nd time throughout the Con. You can see the whole schedule here to find out when, along with the other shows Warner Bros. is bringing.

It's worth noting that last year, the iZombie panel screened late Friday afternoon in Ballroom 20 right before Justice League: Gods and Monsters. And what do you know, this year iZombie is back in Ballroom 20 on Friday at 5:30 - and The Killing Joke screens Friday night. Same bat room, same bat time? Just something to keep in mind as you plan your Friday adventures.
Posted by Valerie