The documentaries of Comic-Con 2015 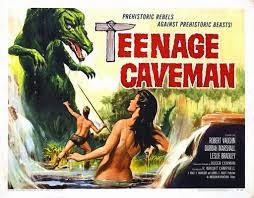 Sometimes amidst all the Comic-Con chaos, you just want to duck into a dark room and watch a movie. This year, in addition to the usual indie and genre films, you've got a menu of incredible documentaries to choose from. I know a lot of you skip the film programming, so I wanted to call attention to the selections. We've got documentaries about cosplay, steampunk, dinosaurs, women in comics, famous artists and more. Including one panel about a certain Back to the Future documentary that is sure to be highly popular. So without further ado...


Dinosaurs: the prehistoric titans who ruled the Earth for 160 million of years. Their name literally translates as "Terrible Lizards." We follow them in this animated documentary to see whether they deserved this fearsome moniker.


Going Back in Time: A Discussion and Q&A with the Filmmakers Behind the Back to the Future Feature Documentary
6:30 pm in 24ABC


Director Jason Aron, executive producer Louis Krubich, and producer Lee Leshen discuss, take questions, and show clips from their upcoming film Back in Time, the feature-length documentary that shows the films' influence on the public 30 years later. Dean Cundey (legendary cinematographer for all three Back to the Future films, in addition to iconic movies such as Hook, Jurassic Park and many more), will join the discussion and be available for questions during the Q&A.

Doomed! The Untold Story of Roger Corman's The Fantastic Four


6:30 at the Hyatt in Coronado Ballroom DE
This feature-length documentary tracks the history of the troubled 1994 Concord-New Horizon's/Constantin Films production of The Fantastic Four. Nearly 20 cast/crew and others experts discuss the behind-the-scenes shenanigans, legal troubles, career fallouts, and lasting legacy of Oley Sassone’s “lost” film.


These are all in Grand Ballroom D at the Hyatt.


She Makes Comics
1:05 pm
Traces the fascinating history of women in the comics industry. Despite popular assumptions about the comics world, women have been writing, drawing, and reading comics since the medium's beginning in the late nineteenth century. And today, there are scores of women involved in comics and its vibrant fan culture.


Dr. MegaVolt: From Geek to Superhero
2:35 pm
The story of America's first Electro-naut, Dr. Austin Richards, a.k.a. Dr. MegaVolt, a Ph.D. in physics who has been performing in a metal Faraday suit with Tesla coils since March 1997. Participating panelists include writer/producer/director Victoria Charters (Mistress MegaVolt herself), producer Austin Richards (Dr. MegaVolt himself), and Gunthar Hartwig (himself).


Cosplay Dreams 3D*
5:10 pm
The first award-winning film about the reality and fantasy of "costume play" shot in 3D! A diverse cast of characters share their stories and dreams, as they join hundreds of passionate and inspiring cosplayers at the most famous conventions and fantastical gatherings in the U.S. Starring Yaya Han (Heroes of Cosplay), Traci Hines, Fanboy Brandon, and featuring dazzling visual effects, the film brings the world of cosplay to life like never before! Participating panelists include Gulliver Parascandolo (director), Christine Parascandolo (executive producer), and Fanboy Brandon (cast). *Presented in 2D.


The Art of Richard Thompson
6:35 pm
Richard Thompson is renowned among cartoonists as an "artist's" cartoonist. Little known to all but those close to him is the extent of his art talent. This warm and moving portrait enlightens and delights the viewer with the sheer beauty of his work.


Howard Terpning: the Heart of the Canvas
7:10
Artist Howard Terpning painted over 70 iconic pop culture movie poster images during the 50s and 60s. Terpning discusses his poster art for classic films such as The Guns of Navarone,The Sound of Music, Lawrence of Arabia, and Cleopatra to name just a few. Filmmaker Paul Jilbert (Robert McGinnis Painting The Last Rose of Summer) interviews and profiles Terpning in this film.


Vintage Tomorrows
7:40 pm
What is steampunk, and why is it suddenly everywhere? The documentary examines the steampunk movement's origins, explosive growth, and cultural significance. What can we learn about today and tomorrow from steampunk's playful visions of yesteryear? Participating panelists include Byrd McDonald (director) and Alan Winston (editor).


The Drybrush Master
9:00 pm
The story of artist and New York Times bestselling author Greg Ruth and the creation of his newest graphic novel, The Lost Boy.


Dark Star: H.R. Giger's World
9:30 pm
Surrealist artist H. R. Giger (1940-2014) terrified audiences with his Oscar-winning monsters in Ridley Scott's Alien. Sci-fi, horror, music, album covers, tattoos, and fetish art have been influenced by his dark, intricate paintings and sculptures depicting birth, death, and sex. Both a mesmerizing introduction to Giger's oeuvre and a must-see for Giger devotees, Belinda Sallin's definitive documentary shares the intimate last years of the artist's life and reveals how deeply he resided within his own artistic visions.