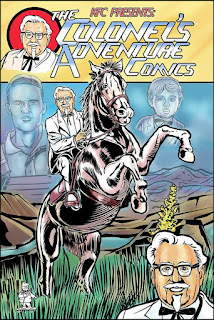 Happy 4th of July. It seems like the glut of little announcements is slowing down and now we're just getting a few bumps. Plus all the "top panel picks at SDCC" articles. (One of which will emerge here on this blog very soon.) So what did we get today?

We got our first look at Pride and Prejudice and Zombies. Hard to say whether these photos will match expectations. They don't seem very Austenesque. 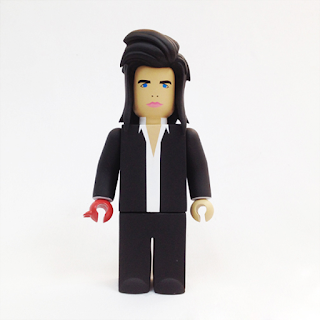 Something I have mixed feelings about: Nick Cave toys. I am a huge Nick Cave fan, ardently so, but it's puzzling to see this at Comic-Con. There's also going to be a "Nick Cave themed selfie station." What?

But those are still more sane than this bizarro announcement: Kentucky Fried Chicken is unleashing a comic book at SDCC called The Colonel's Adventures Comics. Which they called "subliminal marketing."

And the award for best subject line in my inbox today goes to "Sassy Satan cosplays it up on the Holy F*cked #1 SDCC Exclusive." This comic book is debuting at Comic-Con months before it hits stores, and you can pick it up at Action Lab's booth #2006. 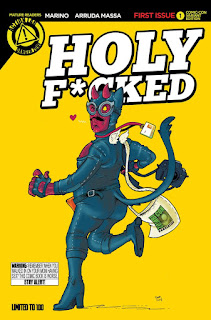 If you'd like to incorporate a Segway Tour into your SDCC visit, WeLoveTourists.com is offering a Comic-Con Special: $49 for a Gaslamp Harbor or La Jolla Segway tour, $65 for a Balboa Park, $85 for a SD City Loop, and $95 for an Advanced Tour. Just tell them who is better, Superman or Batman, and why.

Finally we have some cancellations:

Try not to overdo it this weekend. The rest of the country might be excited over the 4th but we know the real fireworks are coming later in the week.
Posted by Valerie