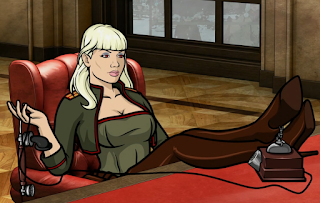 Hopefully over the next few days we'll find out details on Comic Creator Connection, the Blood Drive, the IFF and get a look at the official SDCC 2015 t-shirts.  CCI has been rather stingy with information so far, though their post on scammers today was very useful.

In the meantime, we've learned...


Something we already knew: Ash Vs. Evil Dead and Outland will both be at SDCC. The Ash vs Evil Dead panel is Friday in 6A from 6-7 pm; Outlander is Saturday in Ballroom 20 from 4-4:45 pm.

Entertainment Earth is bringing us 2 Penny Dreadful figures: Ethan (with guns) and Vanessa (with Tarot cards). Let's hope a special version of Dorian Gray's portrait is on the way.

And of course we got to look at Stormtrooper this and that.

As usual, Nickelodean is all about Comic-Con excess. What they have in store for us:

Tidbit for Comic-Con of the future: Sandman will be a "grand, spectacular action film" - and Neil Gaiman asked Joseph Gordon-Levitt to ensure Morpheus doesn't punch anyone. The fact that he even had to ask makes me nervous.

AHS & Scream Queens will be a Hall H Sunday panel at 12:30. Later in the day, we get Sex & Drugs & Rock & Roll and The Strain at 3 pm. I hope this makes Sunday badge holders less disappointed about Doctor Who being on Thursday. Sunday's Hall H is still a great day without it.