Remember a few weeks back when photos of a Stormtrooper from China appeared and everyone debated whether it was real or not? Now we have definitively real images of real toys - which Entertainment Weekly misguidedly calls "playthings" - and while they're not offering the A-list toys yet, these are more than enough to get us riled up. 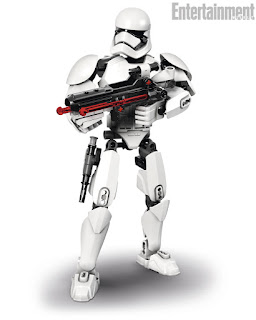 All images courtesy of Entertainment Weekly
An 81-pieced Lego's First Order Stormtrooper. Bad news: this is for display only at SDCC. You can't buy it until the first day of 2016. But the Lego booth will have a life-sized version, so there's one good Star Wars photo op. 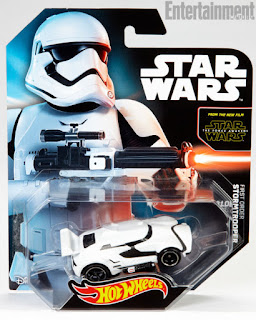 Then we have a Stormtrooper-inspired Hot Wheels toy. And no, you're not too old to race this around the floor of your hotel room. 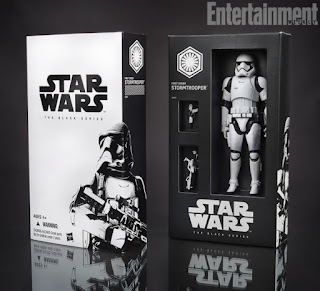 Then we have this pretty thing: a First Order Stormtrooper in SDCC-exclusive packaging, which of course makes it five times as cool as the regular packaging it'll have in stores.


I think we can all tell that the Star Wars collectibles alone are going to empty our wallets next month.
Posted by Valerie