The IFF schedule is up

The International Independent Film Festival schedule is up. If you're headed to Comic-Con namely to see blockbuster trailers and get an autograph from your favorite actor, this may sound like a yawn to you. But here's why you should pay at least a little attention to the film offerings at San Diego Comic-Con. 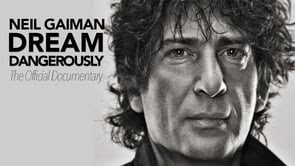 The CCI-IFF is held at the Marriott Marquis, next door to the Hall A side in the Marriott Grand Ballroom 3 & 4. It runs every day of the Con and offers the chance to see indie films from around the world in the following categories:


There are awards for each category in a Sunday ceremony, after which the winning entries are re-screened.

If you're curious how "indie" is defined, that's changed somewhat over the years. You're not going to see the same lineup you'd see at your local arthouse theatre. But you will see a mix of truly indie films scraped together from someone's Kickstarter and slightly bigger-budget - but not quite mainstream - movies.

This year is strong in the horror/sci-fi/fantasy categories. But some of the most anticipated fall into the documentary category: namely Neil Gaiman's Dreaming Dangerously, Ukiyo-e Heroes and Welcome Home, Dick Van Dyke. All 3 air on Saturday so if you want to dodge the odiferous weekend crowds of the Exhibit Hall, head for the IFF. 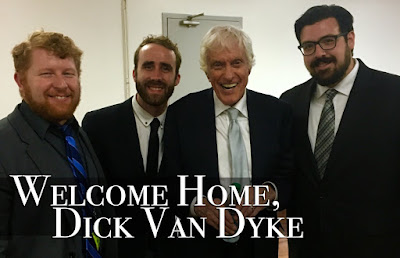 Screenings aren't the only thing the IFF offers. They also offer educational workshops on topics like screenwriting, pre-production or managing a film crew; there are also panels about making movies on your phone, financing indies and other topics for creatives on the rise.

In other words, you can benefit from the IFF whether you're a budding filmmaker or just looking for some passive entertainment in a dark room.

The regular movie tracks and marathons

The IFF isn't your only cinematic option. SDCC will offer a steady stream of genre movies, from cult classics to obscure horror films to children's films to nerd favorite TV episodes. Whether you're looking for anime or the Star Trek episode where Captain Kirk fights a giant rubber lizard, you'll find your favorite flavor of escapism.

You might be wondering why you'd ever waste your valuable Comic-Con hours watching a flick you can see in your living room. I can only tell you that SDCC movie tracks can be a welcome reprieve from the lights and thunder of the Con. They can also be an undemanding way to spend an evening when you don't want to stay in your hotel room but aren't up to some Gaslamp rager.

Just something to consider; you cineaste attendees already know where you're headed. But if your typical movie diet tends more toward summer blockbusters, don't write off the IFF too quickly. It might become one of your favorite parts of San Diego Comic-Con.
Posted by Valerie