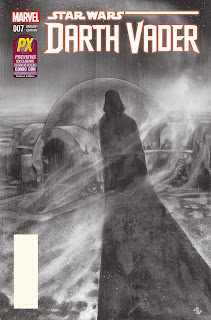 
Today felt like someone finally kicked in a dam and a river of SDCC announcements started to flow out. Did you feel it?

Maybe it was the Supergirl pilot leaking. So far everyone seems to like it, even if they're a bit cynical about the leak itself. Will we still get a showy Supergirl panel at Comic-Con? It's on CBS and their demographic/style is foreign to our ways, so I'm not sure what to expect.

Or maybe it was all the talk about the Transformers writers room/wolf pack. Robert Kirkman, Jeff Pinkner from Lost, Zak Penn from Amazing Spider-Man 2 and other writers join Michael Bay and Steven Spielberg for an explosive supernova of Hollywood male starpower. And the result will be... another Transformers movie.

It could also be that Poltergeist came out today, making horror fans dream of superior future fare like Crimson Peak, Tales of Halloween and Before I Wake. Some of which we'll probably see at SDCC.

Then there was the news that the sequel to World War Z (movie) is going to compete against the Fantastic Four sequel on 9 June, 2017. If you recoiled at the very idea of a WWZ sequel, be aware that this one allegedly starts with a "clean slate." So maybe it'll be truer to Max Brook's incredible book.

But really what the last 2 days have delivered are a boatload of exclusives announcements. Mezco is bringing us one of the cooler collectibles I've seen so far: Batman vs. Mutant Leader which is up for pre-sale right now. There's also a Jim Lee Batman and a Krypto plushie - in fact, you can see a bunch of Previews exclusives here. And speaking of Transformers, we have this.

On the speculation front: not only has James Gunn's Marvel comment now grown into an acceptance that Marvel is "boycotting" the Con, but now there's a rumor that they will have their own annual Con. Given the number of movies they have on the docket, this isn't a terrible idea. I just don't know if it's a plausible one.

And on the panel front, we have news of a Sunday panel called Superpowers & Ordinary Superheroes at 10 am. A mix of middle grade and YA authors will talk about what it takes to be a true superhero; panelists include Rob Venditti, Noelle Stevenson, Marie Lu, AG Howard, James Dashner and Rachel Hartman.


What will the weekend bring? More panel news hopefully and more events. There haven't been as many ticketed shindigs to announce so far, unless they're all waiting until the last minute - not a bad strategy since many attendees want to wait and see what they'll be giving up before committing to something.

At any rate, it's clear that news should be coming on the regular. Stay tuned.
Posted by Valerie