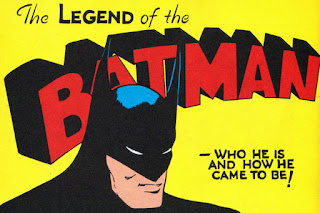 The winners of the 2015 Bill Finger Award for Excellence in Comic Book Writing have been announced - and they are Don McGregor and John Stanley.

The Bill Finger award is a newish award created ten years ago to recognize those creators with a body of impressive work that never really got its due. If you just asked, "But who's Bill Finger?" - that's the point. Comic book fans everywhere know Bob Kane's name as Batman's creator; few know that Bill Finger actually came up with much of the iconic imagery and backstory we associate today with the Dark Knight. The Batmobile, the Joker, his costume, his origin story - that was all Finger's brainwork. But he never saw a penny from Batman's movies and merchandise as DC signed a contract naming Kane as Batman's sole creator in perpetuity.

There's a lot to this story and if you're a Batman fan at all, I'd suggest reading up on it. Deception, greed, fame, obscurity - it's a story that plays out in bands, art studios, publishing houses and other creative workspaces every day, though it's writ large in this case. So as far as awards go, it's gratifying to see one dedicated to rewarding talented comic creators who've been overlooked.

The award will be presented during the Eisners on 10 July at SDCC.