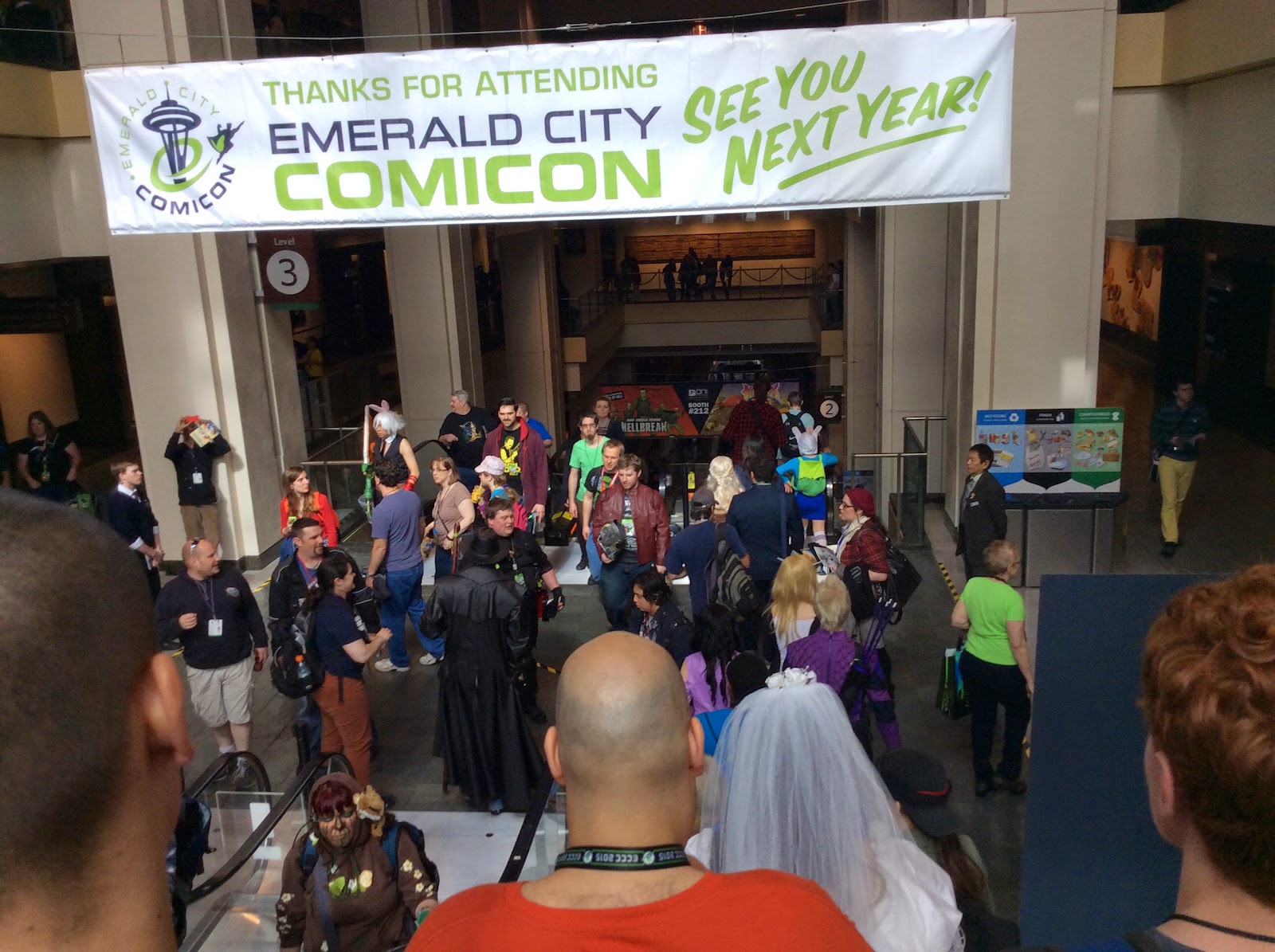 Coming as a surprise to absolutely no one, Emerald City has just announced the 2016 show will be 4 days instead of 3. The dates: 7-10 April.

The rising fan interest, speed of ticket sales and of course ReedPOP's paw in ECCC has made this a natural next step. The Con is a respectable size, not colossal, at 80K this year, but because it offers major talent, its size works in its favor - attendees get more face time with the creators and actors they want to see. And as it's become known as one of the top Cons in the world for comic book nerds, it's been attracting some of the biggest names in the industry along with rising stars. I'm guessing that trend will accelerate next year, with more comic superstars present and more celebrity guests who recognize an opportunity to give and receive more personalized attention than they would at NYCC or SDCC.

In other words, I think tickets will go even faster for 2016 - so if you think you might want to attend, pay attention to ECCC developments starting this summer.
Posted by Valerie