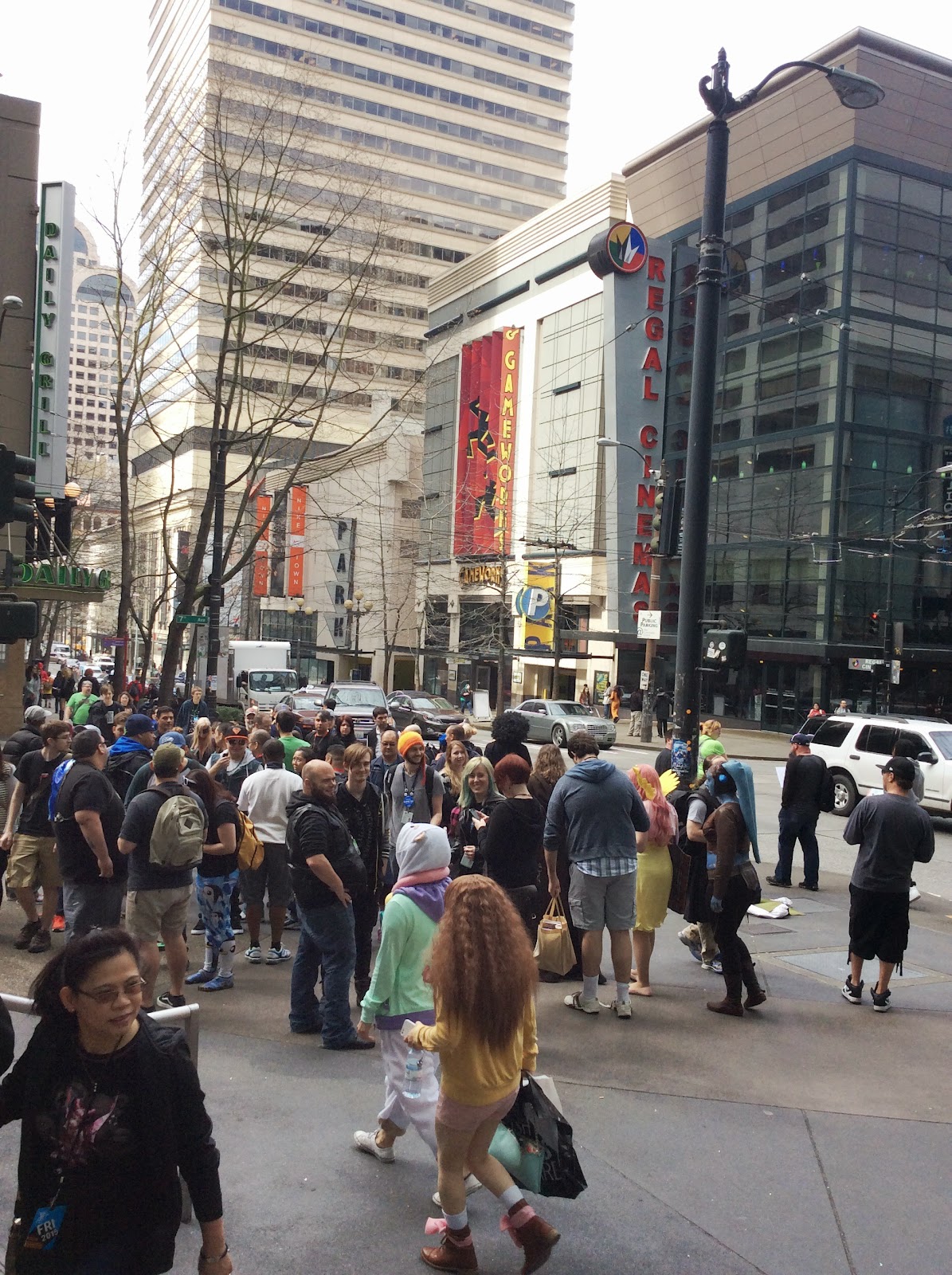 Emerald City is off and running. For anyone who's contemplating a Deluxe Badge for next year, I definitely recommend it; not only do you get a free t-shirt and swag bag, you get to jump the merchandise line and the Exhibit Hall line. Witness everyone waiting in line while I and other VIP and Deluxe holders got in: 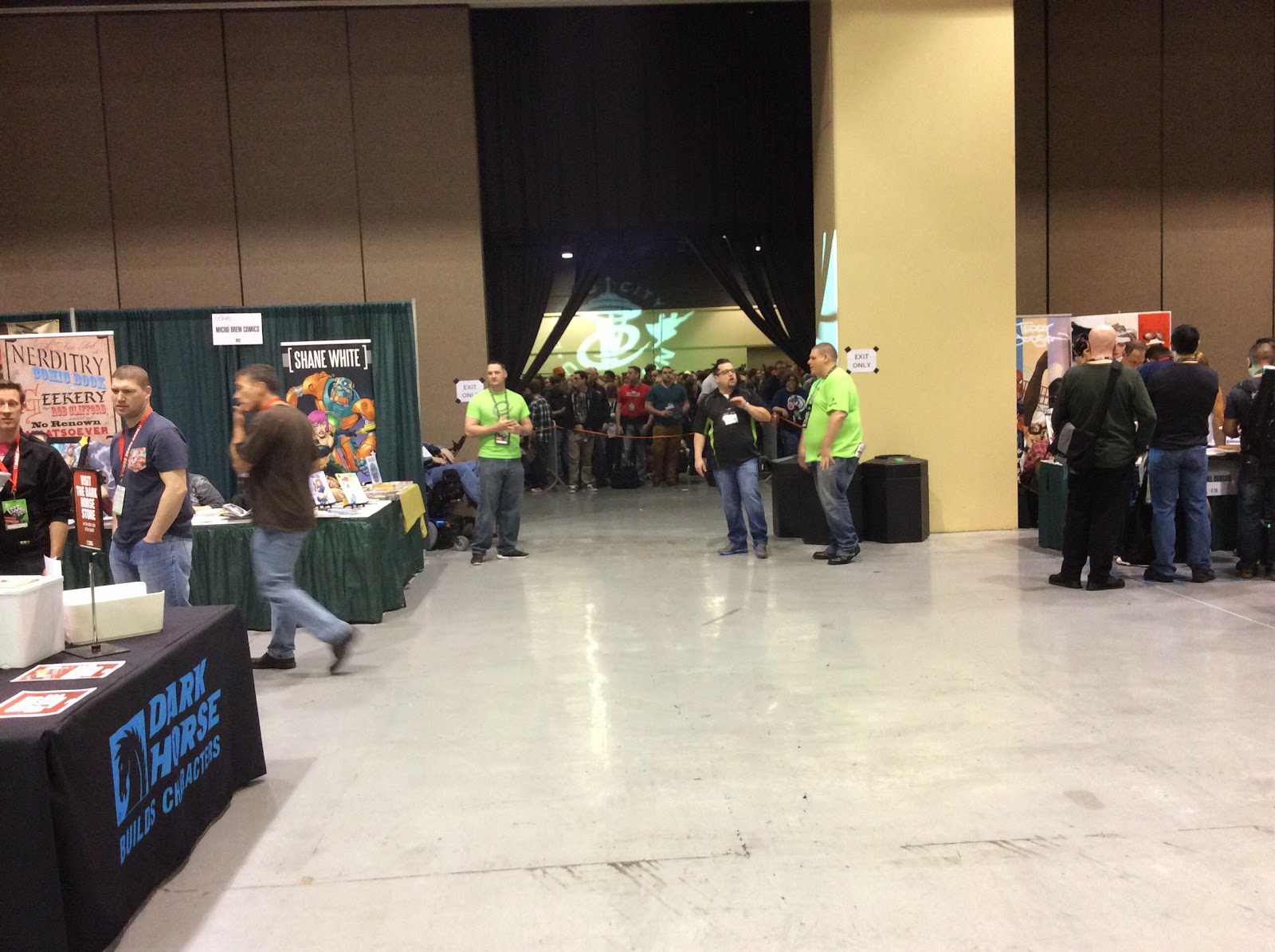 It's crowded but not overwhelmingly so. The few lines I saw, such as for Dark Horse or Kelly Sue DeConnick, were manageable and I haven't had to wait to buy anything really. Unlike bigger Cons where you see books and comics on the tables and the artists and writers are nowhere in sight, there are plenty of creators sitting right there waiting to sign your stuff and answer your questions.

As always, bring or get cash; connectivity isn't great in the convention center and a lot of vendors were struggling with their Squares. My texts and tweets pretty much fizzled out in real time, so factor that into your plans if you need to communicate with someone.

So what panels are on the docket today? There are quite a few on sci-fi and fantasy, such as Hard Sci-Fi Made Easy at 1:30, Fueling Creativity: Sci-Fi and Fantasy Authors on Ideas at 3:30, Preventing Magical McGuffins at 4:30 and Writing Fantasy and Science Fiction at 5:30.

Meet the Valkyries, about female comic retailers, is at 12:50; Being Non-Compliant, which features "women at the forefront of the modern wave of feminism in comics" should pack them in at 5:00 and the adult comics panel Strip Tease at 6:50 probably will too.

Comic creators will have to make hard choices - consider How to Make Beer Money with your Comic or Zine at 12:30, How to Run a Comic Anthology and Not Screw It Up at 1:10, Expanding Your Characters into Other Media at 1:30, Breaking into Comics the Marvel Way at 2:00, Worldbuilding in Comics at 2:30, and Comics, Creativity and the Law at 2:50. Behind the Scenes: Making Comics is at 3:00, Coloring Between the Lines is at 3:10 and the Indie Creator's Legal Took Kit is at 5:10. Collaborating and Co-writing in Comics is at 6:10.

That doesn't even cover the panels on comics and diversity, comics and hip hop, gaming and nerd wellness. In short, there's a lot going on today; attendees who planned on living in the Main Hall over the weekend might struggle to find time for both the Exhibit Hall and other panels today. I'll update on what's going on tonight in a bit.
Posted by Valerie