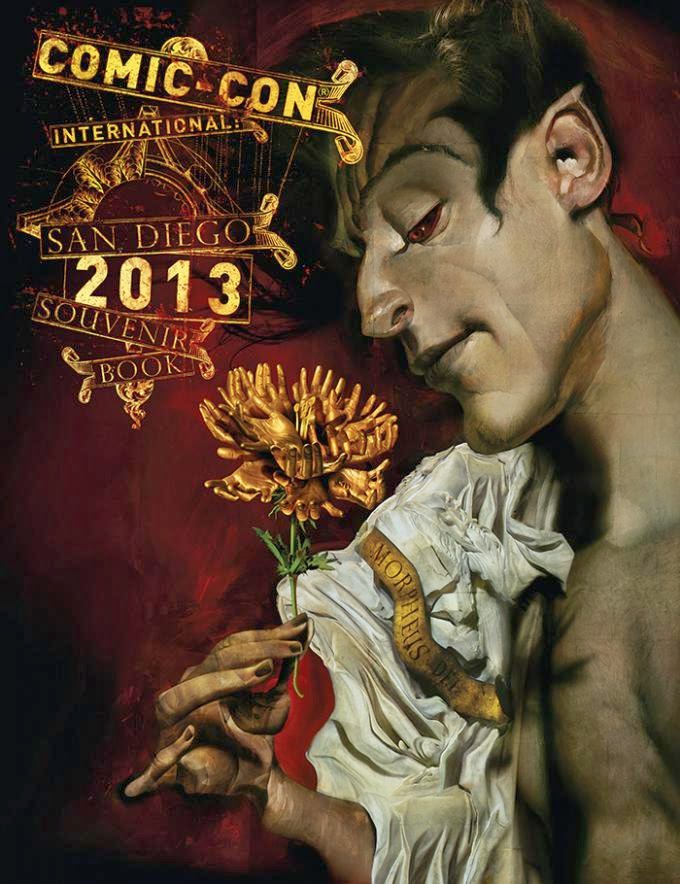 It's here: the chance to show off your art and writing chops by submitting work for the SDCC Souvenir Book. You don't have to be a professional, whatever that word means to you, but you do have to be good. You also have to tailor your work to reflect one of this year's anniversaries, which are....

In other words, DC fans should be able to go full-tilt crazy with stories. Marvel fans - well, this isn't your year so much, but you should find something to write or draw about. Everyone, don't let the fact that there will be an avalanche of Joker-Catwoman work submitted stop you from exploring the same.

Also, be aware that you can't commingle characters from different companies/universes and that you have to keep it clean. So if it was your dream to write a steamy Catwoman-Nick Fury takedown-turned-hookup, keep your filthy thoughts to yourself. Oh, and you can't insert your own characters or try to promote your own company. This is about pure fan-fevered imaginings.

(Random suggestion: It would be beautiful of CCI to post a digital magazine of runner-up work that doesn't make into the book, or just post it on their Toucan blog. I'm sure the pool of work that doesn't get selected each year has some high-caliber pieces in it. Seriously, I think a lot of people would appreciate that as much as looking through the cosplay galleries.)

If you're new to Comic-Con, the Souvenir Book is a very pretty color trade paperback handed out to all attendees. In addition to fan articles and art, it features information of Eisner winners and nominees and is generally a nice keepsake people like to collect.

The deadline for submissions: 17 April 2015. Make sure you read all the rules and regulations on formatting and such before submitting.