On the whole, today went smooth and fast. It has taken less than half the time to sell these badges than it did last Pre-reg; that could be because they're saving more badges for Open Registration, or it could be that they've juiced up their system. Preview Night went very quickly.

Preview Night was gone by 9:25. Saturday and Friday disappeared at the same time, around 9:40. Thursday and Sunday were gone by 9:48.

I know those of us who washed out want to believe there were fewer badges sold today, so we have more of a chance in Open Reg. Whether that's true or not, it's important to stay positive and be glad we have 2 chances at a badge, not just one.

Well, that was a bitter pill. I got picked before Saturday was announced as sold out, and as soon as I got to the badge screen it said only Sunday was left. Somehow it let me buy Thursday badges as well even though they were marked O available.

That was one fast sale.

Saturday is almost sold out.

Preview Night is gone. This sale is moving faster than the last one. 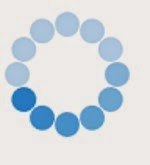 I know. It's beyond nerve-wracking.

We're just minutes away from getting sorted. So here's my final advice - screenshot the critical pages once you get in. If, god forbid, something happens and you get frozen or booted midway through your sale, you'll have evidence to take to CCI. Traditionally they've been pretty good about compensating people who legitimately got picked for a badge, but got zapped by a glitch.


And if for some reason you haven't done your homework for today, use these final minutes wisely:

Don't forget to hit the bathroom before you settle in. It was 2 hours before they called it last Pre-reg.

Also make sure you've adjusted your power save settings. And if you think any of your badge sale comrades might have slept through their alarm, now's the time for a check-in.


I want to say something about Preview Night. I know it’s the Holy Grail we’re all trying for. That’s understandable for three reasons – it’s your best shot at exclusives, the Exhibit Hall is in its fullest and freshest state, and you don’t have to wait in line to get your badge.


However, some of that’s changed in the last 2 years. While the entire exclusives situation was a hot mess at some booths last summer (hey, Hasbro), many vendors make a point of offering a limited number of the same exclusives each day so everyone gets a shot. As for the Exhibit Hall, if you went to Preview Night last year, you know that it’s almost as crowded as a regular day – CCI is clearly assigning out more PN badges than they used to. It’s not easy to move around and snatch up whatever you see like it was circa 2007.


As for not standing in line, that will forever be a compelling reason for anything – but because more people are going to Preview Night, and we have the Town and Country on Wednesday, fewer people are picking up badges on Thursday-Sunday, and those lines are much shorter and more bearable than they used to be.


Oh, and if you care about the Ballroom 20 pilots, they’re usually shown on other days.


All of this is my way of saying not to feel too disappointed if you don’t score a Preview Night badge. I used to feel like my SDCC experience would be subpar without one, but this year I’m not nearly so hung up on it. I still want one but I’ll be ok without it. I just don’t think it’s the upper-tier experience it used to be.

Not that I expect an answer from them or anything.

The waiting room says at the bottom that badge sale inventory will be held for 5 minutes only. I'm pretty sure that's a typo and it should say 15 minutes. I just tweeted CCI to confirm.

The confused people who see the badge sale talk and ask how they can participate reminds me that SDCC attendance is pretty much an insider's game at this point. It’s an actual skill set where you have to know to get your Member ID and navigate the badge sale - to even get a ghost of a chance at attending, outsiders have to master that learning curve. Usually they find out too late and then they forget about it until the following year when they see more badge sale buzz and it's once again too late. SDCC is definitely not for the casual fan.


(And if you are one of those people - today is only for people who attended San Diego Comic-Con 2014 specifically as an attendee. You can participate in Open Registration in 2015 as long as you create a Member ID.)

It's here. We all know the process and the right approach, and there's nothing to do but wait and see if the Comic-Con gods smile upon us today.

I think the most important thing we all need to remember is that today offers just a fraction of the badges available, and we all get a second chance in Open Registration. (Except those of us who get a Preview Night badge.) The odds are probably against you, me and anyone else getting the perfect badge. Those of us who do will be a lucky minority. So don't feel like Fate kicked you in the teeth today if you wash out - you'll be in good company.

I really miss those sweet, sweet days when Pre-registration meant walking up to the Sails Pavilion, filling out a piece of paper and handing it with your credit card to a bored-looking lady behind a terminal.