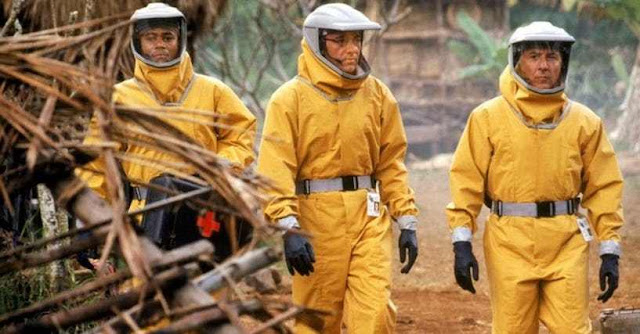 So we have a new global pandemic, just in time for the 2020 Comic Con season! At this very moment, MSNBC is telling me the Coronavirus death toll has risen to 5 in Washington, where I and thousands of others are headed for Emerald City Comic Con next week. King County has declared an emergency. Yesterday the Louvre in Paris closed; all over the world, exposed people are quarantined; it's all very frightening and yet so redolent of Outbreak / Contagion/ World War Z / 28 Days Later that it seems a bit surreal. Are we really in danger of dying from a new virus on the show floor?

Probably not. But it is something to consider and I encourage everyone headed to ECCC and other large gatherings to do their research on both the virus and their own risk level. If you're elderly, sick, immunocompromised or some other category of medically fragile - now is obviously the time to be cautious. There is always another Comic Con. At the same time, there are many factors in play:

This situation is developing rapidly; it's hard to say where we'll be in three days and if ECCC guests will cancel and if maybe we'll all be living in an apocalyptic medical nightmare next week. For now, do your research and take whatever precautions you feel are necessary. And keep an eye on this situation as it evolves so you can make the best choices for you.