You can visit the Comic-Con Museum for free during SDCC 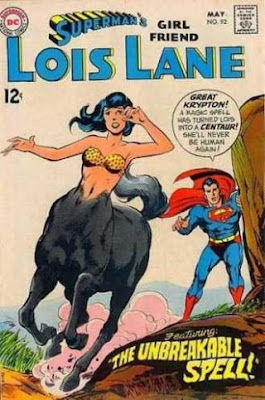 While we're anxiously awaiting the complete panel schedules to drop this week, CCI has given us another mental morsel to chew on: the much-awaited Comic-Con Museum will be open for free during SDCC.

Well, a pop-up version of it anyway. (Did you know the complete museum will feature 68,000 square feet of vintage and current nerdy treasures? I didn't and now I want to hide out there during the zombie apocalypse.) This smaller version will still offer some enticing attractions:


Here's what available: staff to answer questions and chat with; a cafe with sandwiches and drinks. And doubtless some vintage comic book art.

Here's what isn't available: merchandise! You can't buy anything, which may be the first time I've ever typed that in regard to an SDCC event.

What you also need to know: If you're a first-timer new to San Diego, Balboa Park is worth exploring. The world-famous zoo is there (though the pandas have gone back to China) and so are a lot of other museums and attractions, including the Fleet Science Center. You might be thinking, "I'm finally at San Diego Comic-Con - why would I want to go visit a park?" The answer is that either you don't have a full badge and have a day to fill, or you do have a full badge and will be able to use a break from the Con at some point.

Now, it's worth noting that this will be open to people without a badge, which means it could attract all those people who linger around the area to pretend they're at Comic-Con without actually going inside the convention center. It may even attract a few of the bible-quoting protesters. So how hard will it be to get in?

I don't know, is my unsatisfying answer. I think a lot of attendees would head over at night but it's not open then; still, I think a fair number will be interested. CCI plays coy in their blog post, saying, "If the building reaches its capacity, there will be a single entry line, organized on a first-come-first-served basis." Normally I'd roll my eyes at their tendency toward understatements, but it is a big building - so maybe getting in won't be terrible.

Anyhow, put this on your list - especially if you have a Thursday/Sunday badge.

* Since these seem to be part of the regular programming, make a note to build in travel time; this will be an entire excursion, not like getting from 6BCF to Ballroom 20.
Posted by Valerie