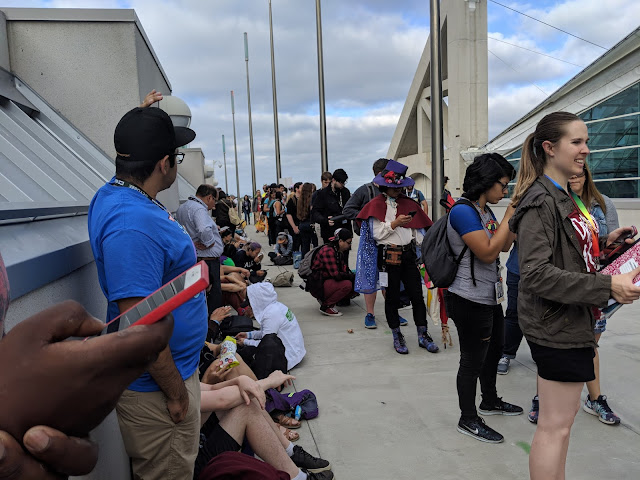 San Diego Comic-Con ended 2 days ago. That means you're probably still reveling in your after glow - or realizing that sleep deprivation really can have disastrous effects - and trying to preserve that feeling for as long as possible.

Which means I'm reluctant to bring this up, but feel I have to. I know everyone is still excited about this year's Con, and I'll publish my summary tomorrow. I truly hope everyone had a great time. However, there was a disturbing dynamic in play this last week. I've been going to SDCC since 2002 and I have never seen such a ruthless group of attendees.

I'm under no illusion that Comic-Con has always been a bastion of angelic behavior. Attendees tend to be generous with each other, freely offering advice and help with badge sales and hotel rooms, but that's always coexisted alongside a certain amount of fighting and swindling. Tempers flare in an exclusives line, someone challenges a staffer. There was the unfortunate time someone stabbed someone else with a pen over a Hall H seat. These things happen in any big event.

But this Comic-Con felt different. At first I thought it was just me. On Thursday a man watched me walk across a parking lot, then approached, said "Hey, honey" and slugged me hard in the arm. I don't know why. It was bizarre. But I wrote it off as a weird incident - SDCC can bring out the crazies - until other people began mentioning problems. Such as.... 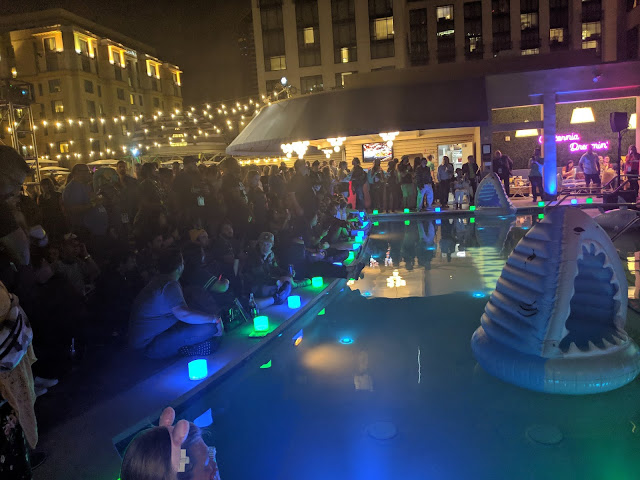 Maybe none of that sounds earthshattering. It wasn't like we all descended into Lord of the Flies madness. But it was upsetting to see and experience - and I know of multiple attendees who left lines or the convention center in tears after being shouted at, bullied or cut out of a panel or purchase.

I don't know the solution; staffers told me they were short-handed this year and feeling it. I really hope this isn't Comic-Con's future. Because honestly, SDCC is stressful enough. The crowds, the lines, the glaring sun, the realization that you're not getting into the panel you waited for all year. Usually other attendees grasp that and try to make our little community a friendly one. And that was still in play for most of us, but it did seem that a significant number brought their worst selves.

Hopefully next year is more organized, less frustrating and, well, just more civil. Because no one wants to go to a Con this cutthroat.