Catching up with SDCC 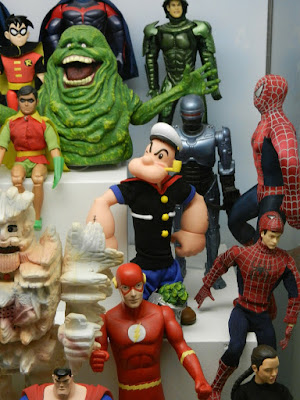 Who wants to watch pre-presidents debate when we can talk about Comic-Con? Let's review recent developments.

Exclusives
Yes, we're back to the lottery system; this time, though, we each have "credits" we can allocate to our favorite exclusives to increase our odds of being selected. You need to do so by 9 July. Winners will be selected within a few days. I know last year's exclusives system stirred up considerable rancor; I hope this year goes better for you, but don't get your hopes up too high.


Conan
Everyone is hyped over the release of the Funko figures and the date announcement, but I hope you're being practical as well by spiffing up your 1iota account. Remember - the rabid rush for Conan tickets is not strictly first come, first serve, but also about whose account proves they'd be a colorful addition to the audience.

Also remember the timing. I know programming won't be officially announced until next week, but you probably have a good idea by now of what day is your Hall H day, which one is your offsite day, etc. If Conan feels vital to you, request all 4 shows when tickets go live and try to trade later if you have to. But remember that you have to show up early the morning of the taping and then return in the afternoon to be released in the early evening. You won't be able to juggle this with another demanding line wait.


Comic Creator and Gaming Creator Connections
If you're not familiar with CCC, it's where comic book artists and writers interview each other for a few minutes and decide if they want to swipe right or left. I've heard mixed things from people who attended but I'm sure it's worked out for others. There's a session Thursday night and Friday night and you have to have a badge for that day to get in. Artists can go both nights; writers have to pick just one because we are legion. One new development this year: 10 "emerging artists" from DeviantArt will be there, seeking your gifts.

Gaming Creator Connection on Saturday is a little different; you'll have 15-20 minutes to speak to different mentors in different aspects of the industry. You can also attend Game Pitch Review on the same day.

Email programs@comic-con.org if you're interested in either of these. 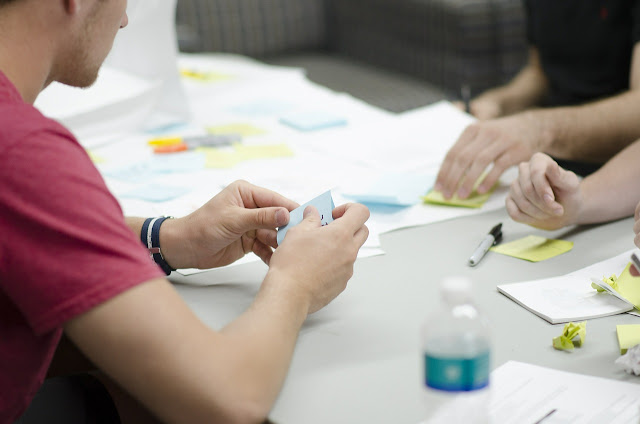 Merchandise
Some people can't wait for each year's official merchandise to be released and others don't care; this anniversary year, though, seems to have sparked a thirst for all things stamped SDCC. I'm usually not interested and even I'm eyeing the Batman shirt.

Don't forget that these items really are exclusive to the Con, and so your friends staying home may be extra interested in having you pick up a few up for them.


Blood Drive Appointments
Don't forget to schedule your donation to the community. The SDCC blood drive has saved more than 67,000 lives over the years. It's easy to go (they take walk-ins), it's quick, and you walk away with great swag, like an Endgame t-shirt. You're also entered into raffles, with good odds of winning. (I've won prizes twice and I never win anything.)

Sony announced today we're not getting a look at Zombieland 2 (or anything else) at the Con. This sparked the usual hand-wringing over "major studios" skipping the Con, including Warner/DC, and how only Disney and Paramount will be there. I find these announcements triply irritating because:

So speaking of panels... what are you excited to see? Here are some obvious choices:

Marvel anything: No contest, especially if we get a look at Black Panther 2.

Supernatural's final panel: Every Saturday night at Comic-Con, I see women head toward the convention center with sleeping bags and pillows, staking their claim to see the Winchester brothers. This fandom is insane (ranking with Twilight, IMO) and I can't imagine how intense this last panel will be.

Riverdale, right after it: I know everyone likes to roll their eyes at Riverdale these days, with good reason, but it's still crazy popular. And Cheryl Blossom cosplay is always a good look.

HBO Game of Thrones and Westworld: Obviously GOT will be nuts, and I'm curious how polite fans will be toward Weiss and Benioff. More excited for Westworld, personally, unless the GOT panel announces a graphic novel told from the direwolves' perspective.

Scary Stories Told in The Dark: If it comes. Is it coming?

The final Arrow panel: Also sure to be emotional. Honestly, Ballroom 20 on Saturday is going to be nonstop greatness, for those of you who are skipping Hall H.

Harley Quinn premiere: While this hasn't gotten as much buzz as other DC animation, the HQ fanbase is devoted - and really this is just guaranteed to be fun.


Veronica Mars reboot: No doubt many young attendees are thinking "the lady from the car commercials?" but HEY, Veronica Mars was quite a thing in its day - and this will be stormed by passionate fans.

The Boys: This seems to be stirring up significant curiosity pre-Con - and I think this will be a major draw.

Top Gun: Maverick: People I never thought would be into this have it on their top 5 list.

Batwoman pilot: There's been a lot of scoffing in my Sapphic circles over this - but we're all still going to watch it, right? At least the pilot to see if it's decent.

Pennyworth: Same mix of cynicism and interest, but I think people will be eager to see it.

It Chapter Two:  Major get for Wednesday night. Who needs a $750 ticket to The Gathering when you can hit up ScareDiego?

The Order: A "horror drama" from Netflix, this looks like a great reason to be in the Indigo Ballroom on Thursday afternoon.

Are you excited yet?