SDCC's 2nd wave of rooms and the waitlist 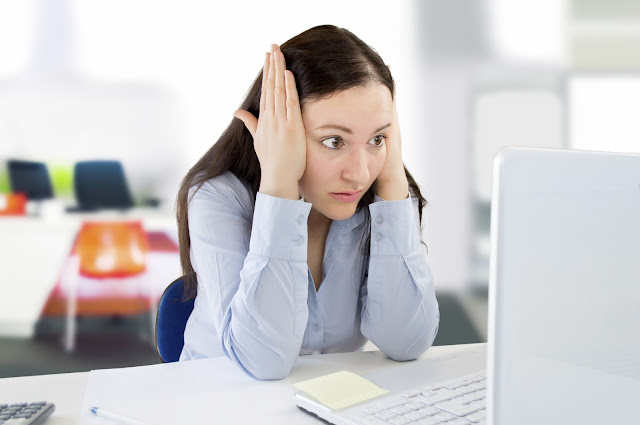 We knew today was coming but we didn't know what it would hold. On the whole, it was dismal news; a very few people got great downtown rooms but mostly people were winding up in Mission Valley or Coronado Island or the moon.

Let's break it down.

Assuming people were correct about their timestamps, there was some mad trickery - or just incompetence? - going on today. "I got in at 9:00:33 and I got placed at Howard Johnson's" and other such refrains echoed around the Internet. Other people said they got in fairly late and found emails promising them the Hyatt or Omni. There's been a lot of speculation on why and how rooms are assigned. I don't have a good answer for you.

But some people were truly overly optimistic. I saw people crying that they'd gotten in at 9:06 and they were shocked, shocked, that they didn't get a room. Were they first-timers? 9:06 has not been a good time since ever. It seems like most downtown rooms go to those in within the first minute - and even then some are left out. And yes, there's a fair amount of unfairness and inexplicability. It's onPeak. It's Comic-Con. 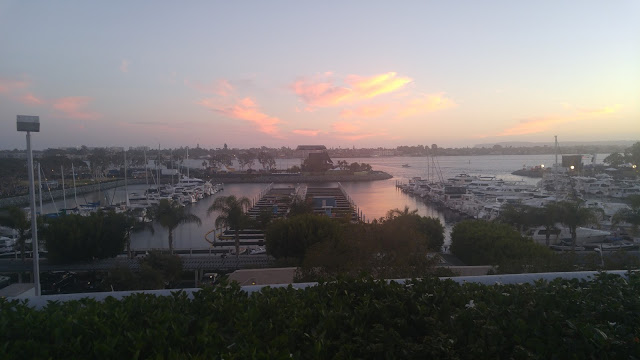 I've had so many earnest conversations and emails that run along the lines of, "Why don't they just let us pick our hotels when we get our badges? Then they can pass out what's left over." That is indeed how some other Cons do it, but San Diego is hamstrung by their lack of downtown hotels. There aren't enough downtown rooms - that's it, that's the math. And the studios, stars, pros and VIPs get first pick.

I agree the current process is needlessly inefficient, and I think a straight up lottery would be fairest. Buy your badge, submit request for a hotel room, and then post-sale we find out what we randomly got. 2 people suggested they just open up the rooms and everyone can go in and pick - but we already had that system years ago and it was an inferno-level disaster. The site would crash, one year most of the downtown hotels were already booked on Friday night, room availability would vanish right as you were about to click.

I don't know why people are so convinced that we'd all get downtown rooms if CCI was just more efficient about it. Yes, onPeak is beyond messy, but there's never going to be an alternate San Diego where 15 more Hiltons spring up along the waterfront. 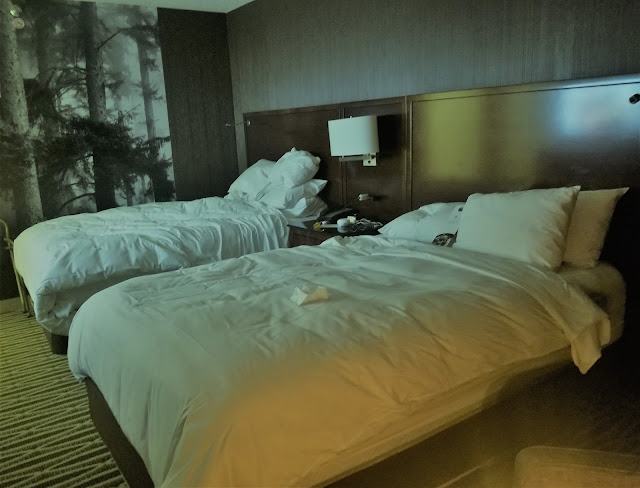 The Waitlist and Room Deposits

Some people got emails announcing the waitlist on the 29th. Others didn't. However, the emails didn't mention specific waves for the waitlist, which we had once. So it's hard to say how plentiful the pickings will be. Keep your hopes up but don't expect to start choosing between the Hard Rock and MMM. That said, if you have the fortitude for it, you can keep upgrading over the coming weeks if you can find someone to take your old room off your hands, after deposits go nonrefundable.

Speaking of deposits. Let's say you settled for Renaissance Inn today but are hoping to do better next week. You can go in and book a room on the waitlist - but you'll need to pay another deposit for that room, then go back and cancel the other room and wait your deposit to be refunded. You can't just slide the deposit you already paid over to the new room.

And I do think a lot of people are staking their hopes on the waitlist. I know people with rooms to give away right now - Wyndham Bayside and Hotel Republic, 1.9 miles and 1.2 miles from the convention center. But even desperate attendees are hesitating to take them, since they feel confident they'll score next week. Maybe some of them are correct - but not all of them.

Tomorrow is 12 weeks to San Diego Comic-Con. If you're reading this, you're probably not in the anticipatory mood you hoped to be. Try to focus on the good things to come and remember that rooms will keep opening up as we approach the Con. All that really matters is you'll have a roof over your head.