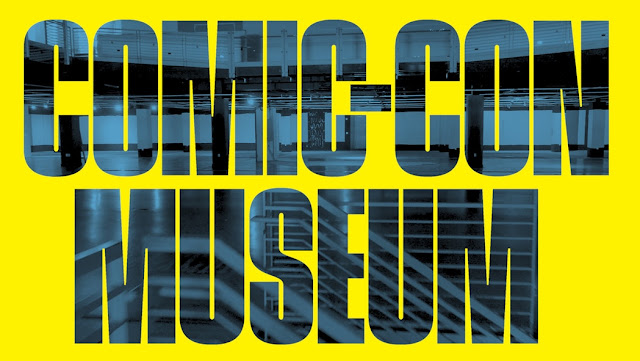 You have to hand it to CCI - they know how to keep us guessing. Usually our questions are along the lines of "When is the badge sale?" and "Why didn't I get a hotel room?" and "Am I even in the right line?"

But then CCI tantalized us with hints about the Comic-Con Museum - and then at SDCC, they announced an audacious contest-fundraiser for 2019 SDCC badges that has sparked a few questions. If you haven't entered it yet, skip on over right now. The deadline is only a month away. And it's worth a shot, even if you don't feel like raiding your 401K to play.

Because yes, this is a contest where you have to pay to play. It's for a good cause, of course; the ultimate nerdy experience, Comic-Con Museum. You may be wondering just how much money it takes to create a museum like this - the answer is apparently $25 million. That seems high to me but I guess you can't put a (reasonable) price tag on pop culture memorabilia.

How The Contest Works

Quite a bit, actually:

Badges, hotel, plane tix: that's expected. Ditto photo ops. The concierge and AMA dinner, that's not something other contests can offer and potentially interesting. I would take full advantage of that dinner.

But what's really intriguing is the "similar 50th SDCC event" mentioned as an alternative to the Comic-Con Museum event. I'm guessing that's because they aren't quite sure the Museum will open in tandem with SDCC (I've seen 2020 mentioned as a more realistic date) or at least be event-ready. (Right now it is hosting small events, though not technically open. But I can't imagine they'll hold a fancy inauguration until every finishing touch has been perfected.)

So what kind of 50th event are we getting? If it's something where tickets are hotly coveted, that implies most of us won't be able to attend. So will there be a celebration that's open to all attendees?

And more importantly - does the October 18 contest deadline hint at a Returning Registration date?

I know many of you went on high alert with the child validation deadline passing last week; others are convinced RR won't take place until after this fundraiser ends. However, I'm not sure that's the case since you could argue getting shut out of Ret Reg would be a powerful motivator to contribute. In other words, I just don't think we're in a position to make good predictions. As someone who's going to be on a plane all of Saturday, October 20, I'm hoping there's no connection.


We're in that season where SDCC 2018 already feels like a distant memory while SDCC 2019 feels too far in the future to worry about. But with this contest-fundraiser drawing to a close, it's something to pay attention to. You and I probably won't win anything, but at least we'll be contributing to the Comic-Con Museum and our futures at SDCC.

You can become a charter member of the museum here.
Posted by Valerie