SDCC wins their lawsuit against SLCC - sort of 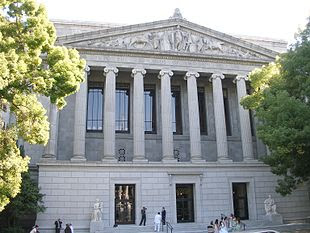 Surprising many spectators in the Con world, a jury today decided in CCI's favor in their lawsuit against Salt Lake Comic Con. But as victories go, it was mixed.

What did the jury rule? That SLCC improperly used the words "Comic Con." I know, I know - so does ReedPOP 800 times a day, along with other event organizers. However, the jury also found they hadn't willfully violated the trademarks.

The heart of the decision is this: "San Diego Comic-Con's trademark is valid and Salt Lake Comic Con used it without permission." So will other events be forced to stop calling themselves Comic Con? Realistically speaking, I doubt it. But a CCI attorney called other Comic Con events "infringers" and said "We are pursuing the worst offenders first." Tough talk, but I think we all know CCI isn't about to file lawsuits against more 140 other events.

Here's a summary of the trademark issue:


So what did CCI win?

CCI originally asked for $12 million in damages, with $9 million of that staked out for a "corrective" advertising campaign. (Imagine the witty taglines, the smooth copywriting, we would have blessed with. Such a loss.) What that figure is allegedly based on - and this is very hard for this SDCC attendee to swallow - is a trial statement from San Diego authorities that "the organization generally spends between $20,000 and $30,000 for a month of advertising."

I'm sorry, what? Advertising? To who? They turn away 10x more attendees than they can handle! Maybe that figure covers salaries for PR and the social media director and graphic designer and the Toucan blog, but those are day to day operations, not special campaign costs. You cannot convince me they would have spent $9 million educating the gullible masses on the differences between themselves and a Utah Con where 80% of the attendees are local.

Anyhow, the jury only awarded them $20,000. Chump change in the scheme of things, and unlikely to even cover CCI's attorney fees. For SLCC, I'd imagine it's the humiliating sting of loss that's going to hurt the most. In any case, they interpreted the small amount in a flattering light: Dan Farr's take was "With the damages being nominal like that, I think the jury was saying, 'OK, we want to protect these marks, but you know what, Salt Lake didn't do any damage here'."

I was hoping for a colorful quote from CCI, now that they're flush with victory - maybe from the eloquent David Glanzer, maybe from their attorney Peter Hahn who threatened more than 2 years ago to have the court "force Dan Farr Productions to comply with the law" - but their statement was formal and restrained. Read it here.

I'll be surprised if Salt Lake doesn't appeal this decision to the Ninth Circuit Court of Appeals of California, but the low amount of damages may persuade the organizers to put it behind them. They have 30 days to decide which takes them right through the holiday season and into the new year. That can change a person's perspective. But it has to be galling to have to change their name (eventually) when other Comic Cons are occurring every weekend. I know that would burn me.

You can chalk up this verdict to many things - the intricacies of trademark law, the flashy car SLCC drove around San Diego all those years ago, a California jury. In the end, both Cons will go on and they'll both continue to be popular and successful. As attendees, we're not affected that much. But it does show how willing these organizations are to draw blood to protect their image and the dollars we bring them.

See you tomorrow during Open Reg.
Posted by Valerie