Are you prosperous and desperate? Buy your way into Comic-Con. 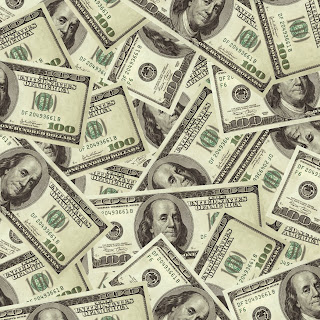 After years of plodding along on a predictable course, CCI has put on their pioneer hat these last few years - founding Barriohaus LLC, surprising us with badge sales late and early, gifting us with attendee pins and making other unforeseen moves. And now they're doing something even more brazen - auctioning off SDCC badges to the wealthy/desperate for a good cause.

10 pairs of Preview Night badges, to be specific, with all proceeds going to UNICEF. But before you leap onto Ebay, be ready to crack open your 401K - the initial bids have already climbed as high as $7,000. Hey, it is a charity auction.

And just to make this whole affair even more exciting, some of the badges will be auctioned off at the exact moment Returning Reg goes live on Saturday. Don't worry, you can do both - but this is a way for people ineligible for Ret Reg to feel like they're part of the madness, I guess.

So there you go. If you're a trust fund nerd, a Silicon Valley robber baron or some other well-funded geek in the 1% - get ready to beat the competition with your wallet. You could have the dubious honor of paying more to go to San Diego Comic-Con than anyone in history.

And who knows - maybe next year CCI will have an entire reality show bequeathing badges to those nerds who prove themselves most worthy. Not going to lie: I would watch it.