Should you plan your 2018 Con life already? Yes. 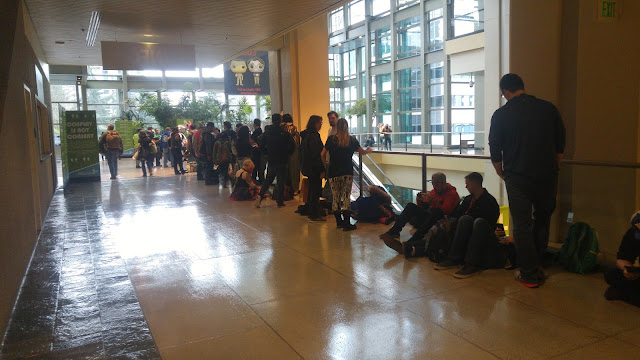 Over the last few days, a rumor squiggled through the SDCC community: that Returning Registration would be held on September 30. It appears to be untrue, but it did get many people thinking about next year - often with a certain fatigue, since it feels like we just finished the gymkhana that is San Diego Comic-Con.

But it's not too early to think about your 2018 Comic Con plans, both for SDCC and the world at large. Here's why:


Just something to think about. I was aching to go to Boston Comic Con this weekend, because I've been homesick for New England in the summer. Destiny cruelly yanked me to New York, but I have started hunting for a Cape Cod beach house next summer for a combined Con-vacation. One of my friends is doing the same with London Comic Con and another with Comiket in Tokyo. Something similar could work for those of you who want new experiences while still getting a few Comic Con thrills.

And of course, you may come up holding a royal flush in the SDCC 2018 badge sale and decide that's enough. Either way, you'll have some kind of wondrous destination for next year - so think big and design an incredible Con plan, starting now.
Posted by Valerie