So you didn't get a badge at all 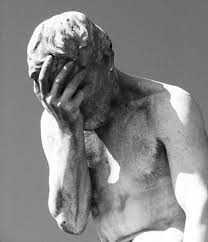 If you got shut out of yesterday’s badge sale, you’re probably careening between shock and anger today. I think it's harder with a Returning Reg failure, because you’re a returning attendee and not a first-timer who has no idea what they’re missing. You've gone before, you want to go again; you may even be someone who's gone every summer for the last 20 years. When Comic-Con is a big part of your life, not getting a badge is more than disappointing - it feels like being kicked in the teeth. It feels like an injustice.

And the fact is that the Darwinian nature of badge sales has, over the years, created a breed of Super Attendees. They live, sleep and breathe the Con. They know how to get tickets to every event, they know the 2 days a year a downtown hotel lets people book the right dates, they know how to get the best exclusives and autographs and Hall H seats. And as more and more people master the learning curve and join the ranks each year, it creates a gap between people who gamely take a stab at each sale on their own and people who have a master plan involving an extensive network. These people are in this to win it, and when they don't get a badge - or the badge they think they deserve - they can plunge into disbelief and rage.

Point being: I know how upset some of you are right now. And I genuinely empathize.

You probably already know your options at this point, but I'll go over them anyhow.

Contact CCI with your tale of technical woe, if you have one.

While the sale went smoothly, some people did experience glitches. My group had one. If you genuinely got compromised in some way, go ahead and contact CCI.

Prep for Open Reg but be realistic.

You’re no doubt determined to score in April and I hope you do. But Open Reg has gotten rougher and rougher the last few years. Last year was nightmarish, with hardly anyone I know getting picked as the minutes passed. I've never seen a badge sale like it. I know everyone is hanging their hopes on the idea of additional badges being available this year, but let's be realistic - it wouldn't be an extra 30,000 badges.

Here are my statistics for getting picked in the sales:

Pre-reg/Returning Reg this year: 3 out of 7. (This is still being updated, as reports are still rolling in, mostly from people who did not get a badge.) Last year was 1 in 2.
Open Reg last year: 1 out of 9.5.

Work with a group you trust.

The usual tales of people double-timing their groups have filtered in, but they're rare; most people have had positive experiences. If you're terrified to trust people online, put some effort into finding local people you can meet up with. Ask at your comic shop or around your gaming league. See if any local cosplay, gaming or film club organizations have people who are interested in going. Connect on LinkedIn or Facebook so there's some kind of trackability involved. Don't think your town is too small for this - I know a kid in a rural Wisconsin town who managed to find 5 other interested would-be attendees.

As always, look at other Cons.

I know, you think only SDCC will do. But have you looked into Cons like New York (bigger than SDCC), Dragon (so much fun), Silicon Valley (for the networker in you) Salt Lake (highly recommended), Denver (same) or Gen Con (big favorite with SDCC people)? Start looking around now and making a plan B. Pick a city you've never been to before and make an expedition of it. Here's something I've heard from people who previously didn't get a badge in the past: once SDCC rolled around, they didn't feel any real sense of loss. The badge sale loss was worse than the experience of actually missing Comic-Con. You may find the same thing.

There isn't anything I can say to take the sting out of a complete badge shut-out. Just know that you're the rule, not the exception, because demand is that high. And that your other options can be just as inspiring as San Diego.