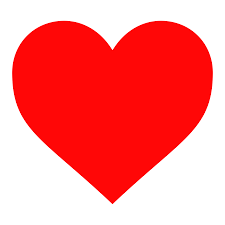 Are you looking for love at Comic-Con? Don’t lie; this used to be the #1 question I was asked by attendees.  (Now it’s “how do I get a badge?”) And I still get dating questions quite a bit: plaintive emails from attendees assuring me they aren’t looking to get laid like some crass peasant, no, they're looking for a spiritually elevated love, a meeting of two nerd hearts sharing D&D and comics and anime – so how would I recommend they find that at SDCC?

It’s a natural question. So I put it to Harris O’Malley – who you may know better as Dr. Nerdlove. He’s a geek dating coach and blogger whose website espouses opposite tactics from PUA sites. I asked him at Emerald City Comicon what people are always asking me, and it turns out he gets asked the same thing. Here’s what he said.

Have you given specific advice for meeting people at Comic-Cons? I get bombarded with questions on how to meet people – romantically – at Cons.

I’m not convinced Comic Cons are the best place to meet for a date or a hookup. But they are an amazing place to make friends, to network, to find your tribe. And that can lead into something special. It’s when you go here specifically with the idea “I’m going here to fall in love” or “I’m going here to hook up” – that’s when you are going to end up a little disappointed and missing out on a lot of the awesomeness conventions have to offer.

I agree with that. So given that Cons aren’t always the best place for that, what advice would you give someone for meeting someone who shares their interests?

I would say to attend events that encourage you to talk to other people, whether it’s events like they had here – the Worldbuilder’s Charity Event where you had to sit at tables with a bunch of people and play board games. Or if there are mixers where you’re encouraged to talk to people – those are great ways to get to know people. Or if you’re in line waiting for a panel or waiting for a signing, that’s not a bad time to strike up a conversation and get to know people.

Let me ask you this – I’m sure you’ve encountered the fake geek girl thing. It’s really exasperating for women in this world. I get accused of it and I’m like, “I run a Comic Con site, I have a massive comic collection, I breed mantids and belong to 2 astronomy clubs. I think I qualify."  What advice would you give men to be a little more accepting of women in this space?

Fake geeks don’t exist. There are people who are new to it; there are people who may not know what you know or be into all the same stuff the way you are. But trust me, people are not coming to conventions, they are not dressing up, because they’re looking to impress some nerd. And believe me, anyone who does cosplay is doing it because they love it. Because that took – even if it was just a Party City costume – that took hours to put together. There’s a lot of effort involved.

Awesome answer. Changing gears, what advice would you give women who are attracted to nerd men in terms of meeting them?

They’re all over the place. I’ll say this: a lot of nerd guys are a little on the shy side or have a hard time making the first move, so sometimes it can be really beneficial to make that first step and make your interest known and obvious. At the same, I totally understand that putting yourself out there can be stressful and a little intimidating. But finding a way to make it clear that you’re open to being approached or doing the approaching can be really helpful.

In addition to your great website, you've written some books on geek dating. What can you tell us about those?

I have a series of books that address every relationship situation you might be in.

You've heard it from the expert: focus more on socializing generally at Cons and less on meeting your soulmate at the Dark Horse booth. You may get lucky and you may not - but you will expand your friendship network and have a better Con.
Posted by Valerie