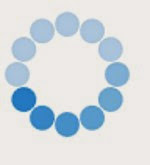 We know Returning Reg is almost here because CCI was thoughtful enough to tweet at all of us lovesick, desperate nerds today. They're working "diligently" on registration and they want you to make sure your Member ID is up to date.

Anything to get paranoid about or analyze obsessively over? I'm going to say no, even though the general mention of "registration" and not "Returning Reg" (what used to be Pre-reg) gave me slight pause. But that's my dark mind at work. I did appreciate the "diligently" until I wondered what exactly they have to work on so ardently. Is the process that different from before? I know a few things have changed behind the scenes and registration is going to be a tad different - but they're not going to throw a whammy at us, right?

Today's tweet, and our excited surge of response, proved that SDCC is like that unrequited crush who only texts you once in a while, and only then after midnight to ask if they can come over. You pretend to be casual about it, because you know you can't take a badge for granted, but your heart pounds whenever you hear from them. There are months of silence, there are crushing disappointments, but then against all odds it happens - and you're finally there in the San Diego Convention Center, luxuriating in a beautiful pop culture heaven.

Anyhow. So it sounds like Returning Reg will be upon us soon enough. Hopefully after Valentine's Day (because a badge sale fail a few days before could sour your plans) but before March. My worst fear, shared by many other Emerald City Comicon attendees, is that it would happen the morning of March 4 during ECCC. Hopefully CCI won't be that cruel - either with Returning Reg or Open Reg.

So spiff up your Member ID account (though I'm guessing it's already well-maintained) and contact any friends who aren't eligible for Returning Registration but planning on Open Reg. If the two badge sales are reasonably close together, there's no telling when CCI may shut down the possibility of new accounts - they do that before Open Reg, remember - so make sure your friends are in the system well in advance.

I'm already nervous. Are you nervous?
Posted by Valerie