Satisfy your gaming lust at ECCC 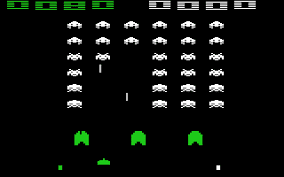 Did you watch The Walking Dead last night? If so, did you feel a surge of childhood nostalgia when Eugene was gaming away on an Atari? I know I did - partly because the way he was hunched over in front of a small TV looked so authentic, unlike when I played Space Invaders in a bar last month.

Well, guess what. Emerald City Comicon understands your polygaming appetites, and they are prepared to cater to them. Here are just a few of your options this week in Seattle:


And - I'm giving this more of a description because it's more multifacted - Living Computers: Museums and Labs will feature the making of video games, along with AI, virtual reality, IoT, robots, and other fascinating attractions.

If your typical gaming nights are with your friends in someone's living room, it's always fun to play against strangers - especially smart ones. You might even pick up new tricks and skills to take back home. So put gaming on your Emerald City dance card, and prepare to show off your chops.