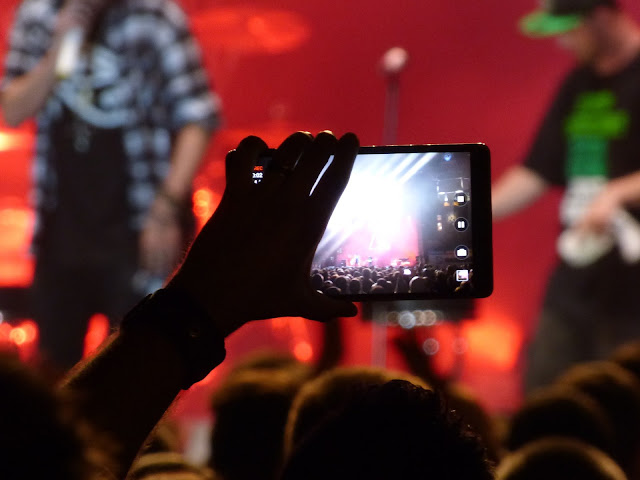 As you know, studios hate it when you surreptitiously film their special SDCC footage and then share it with the undeserving public. So far the effort to combat this has taken the form of, "Stop doing that." Which isn't terribly effective.

Recently - like in the last few weeks - Apple announced a tech patent for a tool that would disable your device's camera. Which sounds like a studio dream, but again, it's quite recent.

So it's hard to imagine we'd already see this in Hall H, but it sounds like we might see something; James Gunn made an interesting comment on Facebook. "Well, you might see something if you're in Hall H on July 23 with me and the Marvel panel. Or if someone secretly films that - which is less likely to happen because of new technology, but I still know sometimes happens - then you'll see it right after. If not, then it will be a short while."

What new technology?? We need details, stat. Obviously James was purposefully vague, but he must have an idea that something is afoot. More will be revealed, I suppose.

And speaking of reveals: Gunn also said they'd have "something special for you" in the panel. Just in case you needed more motivation to get into Hall H Saturday.