The Exhibit Hall Map is live 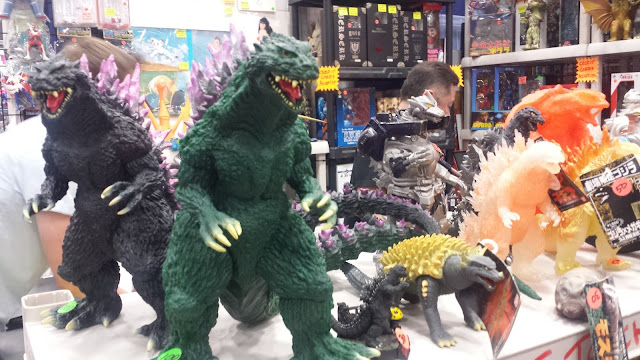 Today CCI released one of the most important parts of San Diego Comic-Con: the Exhibit Hall map and Exhibitor List. First-timers, this may sound dry - but you shouldn't skip it.


Tell me if this is you: you hate reading directions, you'd rather be spontaneous and roll with your own personal Tao than follow a roadmap, and you believe in Comic-Con serendipity. Yeah, me too. But I still study the Exhibit Hall map - and you should too.

This is what CCI just published:

The Exhibit Hall is a maelstrom of noise, crowds and visual stimulation. You won't accomplish your goals - buying certain exclusives, hitting certain booths - if you try to wing it. It's just too distracting.

"But I don't have any goals," you might be saying. To which I say: "Hogwash" and point out you'll wind up shuffling along zombie-like with the crowd if you don't have some kind of plan upon entering.

I mean, you can just trudge around and see what there is to see. But if you have certain books or collectibles or signings in mind, it helps to look up vendors in advance. You don't have to memorize everything, that would be impossible, but you will get a little more organized and learn some new things. And you won't be on a flight home Sunday night and realize you never did see that amazing Walking Dead photo op everyone else is posting on Instagram.

A few myths and realities of the Exhibit Hall:

You can see everything by walking up and down every aisle. The crowds are too thick and the booths too crowded for you to spot every single item. I've walked right past favorite artists doing signings because there were just so many people around.

You'll remember everything on your list. First of all, you'll have your own list and the wish list from coworkers, roommates and friends - and much of the latter will take the form of "If you see a Zatanna figure" or "Any Black Panther kid's shirt" etc. And once you're on the floor, with video games thundering in your ears and Darth Vader blocking your path and footage flashing on multiple screens, a lot of thoughts will fly right out of your head.

It's all overpriced crap that's available cheaper on Amazon anyhow. No, it's not. Well, okay, some of it is. But you will see unusual gizmos you can't find anywhere else and if you have even a few nerd molecules in your blood, you'll probably spot some weird item you can't live without.

Artists' Alley and Small Press are just indie people who don't have much commercial appeal. No a thousand times. While SDCC can no longer compare to ECCC in this regard, it's still worth going through if you have any comic/art/lit interests.

The Exhibit Hall is all Hollywood studios, with nothing for comic book geeks. Not true. Yes, there is plenty of studio bombast. There are also aisles offering books from Fantagraphics, Image, Dark Horse, Boom, Drawn and Quarterly, Oni Press and others. Lots of back issue dealers. Graphic novels that get cheaper every day. Again, SDCC is no longer a Mecca of comic finds but this comic nerd always finds a few treasures to take home.

You don't want to get lost in heaven. Take a look at the maps and use them to shape your agenda.