An SDCC exclusive that isn't 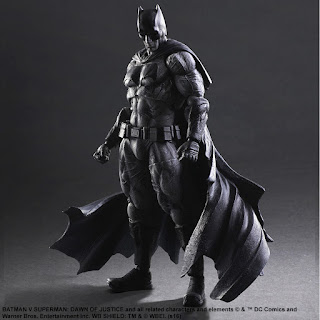 I say it isn't, but the fine minds at Square Enix say otherwise. The above 9.7" figure, associated with your favorite Batman movie ever (/s), can be pre-ordered for 150 and will ship starting 31 August. Limit 2 per customer, no matter how much you loved Batman v Superman.

It used to be that we'd debate the literal meaning of "exclusive" in "Comic-Con exclusive" but apparently now the whole phrase is up for grabs. But maybe this is preferable to Hasbro-type line shenanigans? Your call.
Posted by Valerie