The history & future of Cons 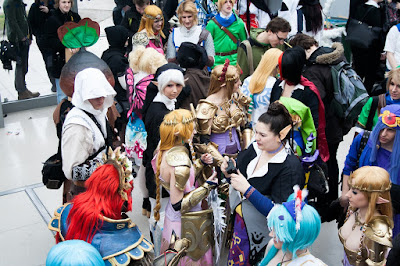 You may be irritated by the "Look how important Comic Cons have become & all the odd folks who go to them" articles that run with increasing frequency. But this one in the Wall Street Journal is worth reading, not only for its exploration of your "groupie passions" but for a few factoids and historical gems like:

And predictably, people foresee the fall of the Comic Con empire. My prediction: more like a gradual cooling. The article suggests that these intense, all-consuming events are so popular because they're the antidote to Internet life; I think there's something to that, a kind of physical veracity that may become more and more prized as daily life - and eventually humanity? - becomes more virtual. But I think Con popularity is driven by other factors as well and that's why events like QuiltCon and ParanoiaCon are created.