How to go to Comic-Con when you're poor 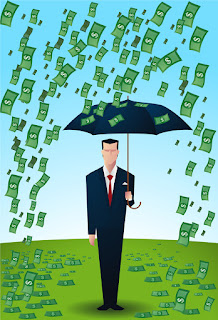 Do you think you're too broke to go to Comic Con?

The last few years I've done "SDCC on a Budget" posts when Con time rolls around. But it's occurred to me that probably quite a few people exempt themselves from even trying to attend a Con - be it San Diego or others - simply because they feel they don't have the cash required.

I'd never try to persuade someone into spending $$$$ they don't have. However, it's my experience that many people assume that going to SDCC or NYCC is going to cost "thousands of dollars." That doesn't have to be true. People love to exaggerate and there are plenty of articles and online comments referring to $700 a night rooms and such that can make first-timers panic.

The reality is a little more nuanced. First of all, know that you'll be paying in installments. For San Diego Comic-Con, for instance, you usually pay for your badge first. A few weeks or months after that, you'll be asked to put down a deposit on a hotel room (or, if you do Early Bird, pay for your entire stay.) Then you'll have a few months more before you arrive at SDCC and pay for meals and the remainder of your hotel bill.

Other big Cons follow a similar path: badge in advance, hotel partly in advance and partly on check-out. If you're not good at saving money, this can give you a few months' breathing room to pay down those initial charges on your card.

On that note, don't forget that doing a partial Con is an option. Maybe instead of buying a full pass and 4 nights in a hotel, you just do Friday and Saturday and 2 nights. You could even arrive at dawn Friday, spend that night in a hotel, camp Saturday and leave at the end of Sunday. Voila, you've gotten 3 days at the Con while paying for only 1 night in a hotel. (If you're convinced a truncated Con would never satisfy the nerdy thirst inside you, don't be so sure. Just 2 days of Comic-Con can thrill and exhaust you more than you'd anticipate.)

So if you'd like to go to a big Comic Con but think you can't afford it, here's how budget-strapped people do it.

This is usually the priciest aspect of going to the Con. A few options: you can try to stay in a local hostel; at some Cons you can camp in a nearby campground and take public transportation into town. You can also - if you're up for it - squeeze as many people as possible into your room. I knew one group that slept in shifts, with the morning people sleeping from 10 pm or so till dawn, and the partiers sleeping from dawn to afternoon. Everyone paid about $30 a night.

If you don't have someone - or enough someones - to share your room, ask around online, if you're comfortable sharing with strangers. You will definitely find others who didn't get a room at all or would like to split costs. Another option is bluntly asking people if you can crash with them 1 night. Overnight Hall H lines have been mitigated by the wristbands, but camping is still a thing at SDCC and other Cons and if you think you'll do at least 2 nights outside, you might see if you can sleep on someone's hotel room floor the other 2.

Finally, know that in SDCC's case, they offer up hotel rooms via the Early Bird sale. These aren't for downtown hotels - you will need to take the shuttle - but the rates are lower. Put 4 people into a room for 180 a night and you've got yourself a fairly manageable nightly rate per person.

Most conventions offer discounts if you're a senior, junior or military; kids under a certain age are usually free. You can also volunteer, which usually gets you full or partial free access to the Con. Just look at the event website and find out their application requirements.

Finally, if you've got connections you can try to come in as a booth worker or a vendor's right hand. Please note: there's generally a huge difference between working for someone you know and answering one of the job ads you see close to Con time. The latter tend to be low-paying with long hours and often only hire people with modeling or acting experience. Don't expect a lot of free time to scamper around the Con and attend panels and events at your leisure.

This is the element most in your control. I know people who live on a Spartan Comic-Con meal plan and it works for them. Generally, they pack their own food - cereal, fruit, sandwiches, power bars, etc - or buy groceries at a San Diego store like Ralph's, then live off that in their rooms. They don't go out to eat. OR they do that plus a few cheap indulgences, like a slice of pizza in the Gaslamp or the Horton food court or an $8 sub that feeds them all day long.

There was a time when you could scavenge appetizers and snacks from events and hospitality suites but those sources have dried up somewhat in the last few years.

Plane fare is plane fare. Planning in advance and scouting for deals is your only option here, unless you're willing to endure a long bus ride. If you live in driving distance, look around online for anyone else who's driving and see if you can ride along and chip in for gas.

Some attendees (and shops) make an art of financing their attendance through buying exclusives and selling them at a profit. This has always seemed like a colossal headache to me, and uncertain to boot - it can be hard to anticipate what's going to increase in value and what will be glutting Ebay. If you choose this route, be aware that you will be working for your money, from standing in multiple lines to depending on the occasional ticket lottery to simply not getting to a booth in time.

As far as buying items for your own enjoyment, sometimes you can haggle with vendors and sometimes not. Waiting for the final-day markdowns is your best bet. If you fall in love with something and you're ready to sign over your last dime, check first on your phone to see what it's going for online. It's very rare to come across something at the Con that you can't get elsewhere, but that buzz of Exhibit Hall excitement can make every booth seem like a tantalizing chance of a lifetime.

There will always be pricey events around the bigger Cons - comedy shows, concerts, competitions, private parties - but they're hardly the only show in town. Free events like screenings, gaming, meetups, and more will abound as well. And if you're bringing kids with you and wondering how you'll entertain them, know that 1) they'll be tuckered out earlier than usual at night 2) there are usually kid-specific panels and events at bigger Cons 3) just taking them to see the outside spectacles can awe them 4) they'll probably get a fair amount of kid-swag like free books and games during the day.

All in all, you can pull off a poor nerd's Comic Con if you plan strategically and save well. Of course, even with the above practices, it might still be out of your reach. There's nothing wrong with erring on the side of fiscal prudence, especially if you've never been to a big Con and aren't sure if it's worth the funds. I promise you that every August there are attendees who open their credit card bills and go pale with horror when they see the total of their SDCC spending.

But if you think you can swing it with the right tricks - give it a shot. It could be the best gift you ever give yourself.
Posted by Valerie