How was your Saturday? 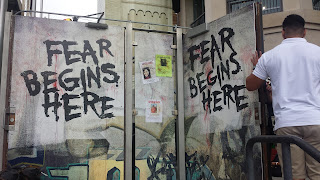 One more day. How is everyone doing?

By now you probably know that Star Wars just set the bar for future Comic-Cons so unachievably high that I'm not sure any panel will ever escape its shadow. The surprise symphony concert, the light sabers, the Storm Troopers: it all made a regular Hall H panel seem like an afternoon nap. But that's for future panels to worry about. Let's talk about today.

Even though the sponsorship and swag aspects of the Con seem dialed down this year, the bombshell announcement aspect has been roaring like a lion.  Behold:

Yes yes yes: next season of Agent Carter is inspired by the Black Dahlia.  And Lash is joining Agents of SHIELD.

The Fantastic Four will be "more science than science fiction." Hmm.

In my feverish posting of last night's Killing Joke news, I forgot to mention these almost-as-good announcements: Bruce Timm is also providing us with a Justice League vs Titans movie and Batman: Bad Blood with Batwoman.

Riverdale, the upcoming Archie show, jumped frrom Fox to the CW, stunning no one.

Del Toro thinks Crimson Peak is the most gorgeous movie he's made. Shiver.

Conan O'Brien will return to SDCC next year.


Other good buzz goes to:

Westworld. This panel got thumbs up from pretty much everyone. Coming on HBO.

Deadpool. We expected that, right?

The Expanse. Did you read James Corey's book? If not, put it on your summer reading list. Because The Expanse, coming on Syfy, is getting called the new Battlestar Galactica. That's a bold claim - so we'll see. 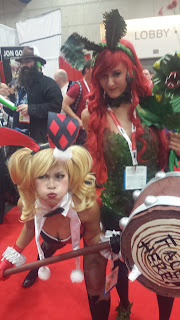 Warcraft. Sort of. I heard from 1 grumpy person and 4 approving people. What did you think?

Outcast. Other people seem enthused about this, and I don't know if it's Kirkman fever or just a really solid show.

Ditto Goosebumps. I want this to be excellent. Everyone else seems to think it will be.