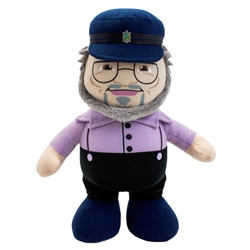 The news flow still seems on the slow side, but we're getting a few announcements. Not too many shockers, though.

Something that is delightfully weird: a George RR Martin plushie, with 10 quotes recorded by George himself. Only 500 are available. It's cute but it doesn't really capture his sea-captain-turned-wizard vibe. 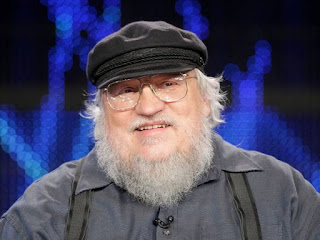 Also on the Game of Thrones front, we have an impressive astrolabe supported by a stand bearing the four famous house sigils: a dragon, stag, direwolf and lion. This comes with a newer edition of the Pop-Up Guide to Westeros.

Patrick Rothfuss will appear at SDCC.

Are you a Vikings fan? Cast and crew will have a Friday panel at 3:30 in 6A, with a Q&A and sneak peeks.

And I think most of you have already seen these: a 3-pack of female Transformers.

Are you curious about the Assassins Creed movie out in December? We have a poster thanks to Collider - and the movie marketing machine is cranking to life, so let's assume we'll see something next month at SDCC: 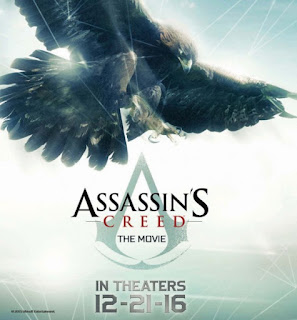 Special guest Raina Telgemeier is hosting a special evening at the San Diego Central Library on 7 July the night before Comic-Con, co-sponsored by CCI and the Comic Book Legal Defense Fund.

And finally, X-Files starts shooting on Monday - so maybe, just maybe, Chris Carter will feed us some footage scraps at a panel to tide us over until January.