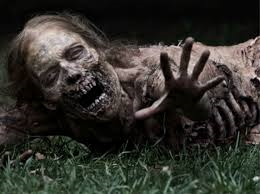 Today was the first time I felt nostalgic for the days when panel announcements mostly came out all at once and from CCI. Yes, we always heard about a few panels here and there but now almost every big studio has to send out a press release and make a splash. It spawns endless articles, tweets, posts and generally a lot of Internet sound and fury signifying ... well, 3 or 4 panels.

Anyway. We're finding out so much of the schedule that not much on the Hollywood end will be a mystery once the official programming comes out. But we did get other news as well.

Like that Conan O'Brien tickets went live. The site announced that SDCC tickets weren't available yet (though they were), and then the actual ticket reservation process went haywire for a bit under the weight of our demand. But it seems like eventually most people got through.

We also found out the MTV Fandom Award categories and nominees. One of the categories is "Feels Freakout of the Year" which may sound like this whole event is for 13-year-olds - but don't let that stop you from going to the free Thursday night party.  You can vote here for the awards.

And of course we know Hall H just got even more necessary on Friday with The Walking Dead and Fear The Walking Dead. When I ran the Blackheart Burlesque contest post, I suggested catching the show before getting in line for Friday; I feel obligated to point out to first-timers that this actually will not get you into Hall H, not with the existing lineup. (And we could still get Game of Thrones in there.) This is the day for which people will camp their hearts out. I can't stress that enough. There will be multiple high-intensity fandoms competing for this room on Friday. But we'll talk lines as we get closer.

As for Hall H on Sunday, Heroes Reborn is filling out the afternoon at 1:45 pm; Grimm will be in Ballroom 20 Saturday at 3.

American Gods got a full series order from Starz, prompting rumors that we will get a full cast announcement at SDCC.

On the comic book front, Faith Erin Hicks fans will be able to pick up a galley edition of the first volume of her Nameless City trilogy according to Bleeding Cool.

And here's something that could interest even people who aren't going to SDCC. ComiXology put out its signing schedule and the news that even some digital titles will have physical variants at the Con. However, the digital versions of those variants will also be available online - but only for the day they're featured at Comic-Con.